In this guest post for B&T, Atomic 212°’s chairman Barry O’Brien (pictured below) says brands fighting harder for market share is good news for customers, agencies and the brands themselves. And, he argues, it’s media and advertising people who should be championing the change…

The sorry state of the media advertising market this year is the source of constant talk in advertising and media circles. People ask, when will ad spending pick up? The answer is pretty simple: when war breaks out. 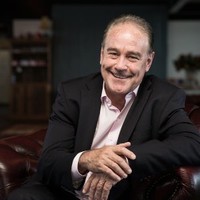 There are several reasons for the current downturn in media ad spending, including sluggish GDP growth, soft business confidence ahead of the May federal election and companies’ over-reliance on short-term marketing strategies (often in digital media). But another significant reason is the lack of fierce competition in key advertising categories.

The big banks have largely been in hiding since they were slammed (to varying degrees) by the Banking Royal Commission. But look at some of the other big ad categories such as retail, telecommunications and automotive and there is a distinct lack of warfare to pump up spending.

In years gone by, media owners and advertising agencies could always rely on hostilities between Coles and Woolies, a bitter stoush between Telstra and Optus, a flood of new model releases by car companies or a battle between the big four banks to pump up ad spending. But this year it’s all quiet on the Western Front and that’s hurting everyone.

The nature of marketing wars has, of course, changed over the past decade thanks to the ongoing splintering of consumers’ media consumption habits, the rise of digital media and structural changes in some of the industries that have traditionally spent big on media advertising.

But one thing hasn’t changed: companies still need to launch new products and services, increase their market share and grow their sales. Despite its challenges, media advertising – both “old” and “new” – is still the best way to achieve those goals.

So what will it take for marketing wars to break out again? One word: confidence.

And they need to have confidence that investing in building brands through media advertising will generate more sustainable sales growth than pumping money into short-term activities that produce sales spikes.

As News Corp’s managing director, national sales, Lou Barrett, wrote in an article in The Australian in June, the rise of digital media has triggered an increase in sales activation-based advertising at the expense of reaching large numbers of consumers using brand-building advertising.

“Seduced by the promise of fast results from search and social advertising, many companies have pumped more money into activations. The result? They have undermined the effectiveness of their advertising,” she wrote.

When advertising markets are soft, media owners and the marketing services sector need to step up and start pushing the benefits of advertising, in particular, brand-building advertising. There is not a media owner in the country that is not willing to have the discussion about going the extra mile to help clients generate sales growth.

Media agencies, for example, have a role to play. I’m not talking about deep discounts, but bringing new ideas and opportunities to their clients and helping them re-energise their advertising efforts.

Organisations such as ThinkTV, NewsMediaWorks and the Outdoor Media Association are doing the best they can to sell their individual medium to marketers, but that alone isn’t enough. (Regional media companies should be applauded for their new Boomtown marketing push that is pushing the cost effectiveness of advertising in regional areas.)

Senior media and advertising people need to become more vocal about the importance of building brands and the very real impact advertising can have on sales and profits. We need to constantly champion what we do, constantly promote the great business results we generate for our clients and constantly prove the value of advertising.