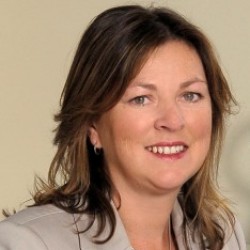 
The Media i Awards winners were announced last night at a ceremony held at Sydney’s Ivy Ballroom.

In its fourth year, the national Media i Awards provide recognition in sales excellence for teams and individuals across all media channels.

Charles Parry-Okeden, CEO Media i, spoke at the ceremony of the importance of collaboration between media agencies and media partners, and an appreciation of the sales process in delivery media excellence.

“These awards recognise the professionalism and excellence of sales individuals and teams, but more importantly they are an acknowledgement from their industry peers in the role they play in the success of so many great campaigns.”

The only awards of their kind and voted by peers, this year saw a record number of agency professionals taking part in the voting process.

“We are extremely proud of tonight’s event. The response from our finalists has been overwhelming, reinforcing the significance of this initiative to sales teams and individuals across the country. We would like to congratulate all of tonight’s winners on their fantastic achievement,” said Chris Winterburn, managing director Media i.

This year’s awards were hotly contested with Ooh! Media and APN Outdoor the most awarded media companies on the night each receiving four awards, closely followed by Channel 10, Bauer, News Corp Australia, SCA and Mi9 who all received three.

oOh! Media’s Sydney sales team was presented with the National Sales Team of the Year award presented by MFA CEO Sophie Madden and Peter Horgan, chairman of the Media Federation of Australia and CEO of OMD.

Sales Representative of the Year Magazines:

Sales Representative of the Year Newspapers:

Sales Representative of the Year Outdoor/Cinema:

Sales Representative of the Year Radio:

Sales Representative of the Year Television:

Sales Representative of the Year Digital:

2014  National Sales Team of the Year