The editor-in-chief of the biggest newspaper in Norway, Aftenposten, has published a front page open letter to Facebook CEO Mark Zuckerberg after the platform’s decision to delete the iconic photograph from the Vietnam war showing a naked nine-year-old Kim Phúc – running away from a napalm attack.

The open letter by Espen Egil Hansen titled “Dear Mark. I am writing this to inform you that I shall not comply with your requirement to remove this picture” is in response to Facebook deleting the article and image from the newspaper’s Facebook page.

The historic photo The Terror Of War by Pulitzer prize-winning photograph by Nick Ut: 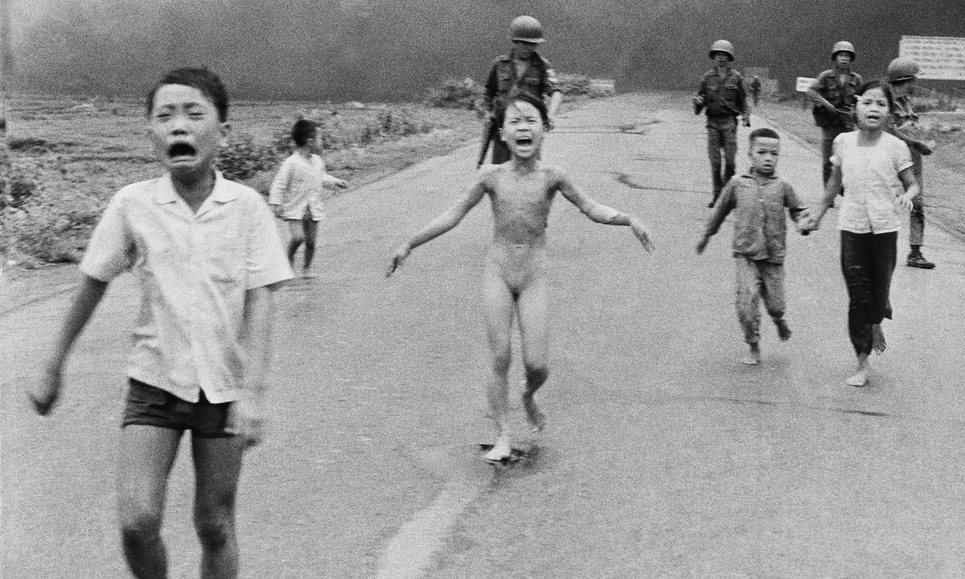 Egeland was suspended from Facebook after he posted the image with a link to “seven photographs that changed the history of warfare”. When Aftenposten reported its editor’s suspension, and used the same photograph, the paper received a message from Facebook asking for Phúc to be pixelized or the image removed.

“Any photographs of people displaying fully nude genitalia or buttocks, or fully nude female breast, will be removed,” the notice from Facebook explains.

In the open letter, Egeland explains: “To be honest, I have no illusions that you will read this letter. The reason why I will still make this attempt, is that I am upset, disappointed – well, in fact even afraid – of what you are about to do to a mainstay of our democratic society.

“Listen, Mark, this is serious. First you create rules that don’t distinguish between child pornography and famous war photographs. Then you practice these rules without allowing space for good judgement. Finally you even censor criticism against and a discussion about the decision – and you punish the person who dares to voice criticism.

“But, dear Mark, you are the world’s most powerful editor. Even for a major player like Aftenposten, Facebook is hard to avoid. In fact we don’t really wish to avoid you, because you are offering us a great channel for distributing our content. We want to reach out with our journalism.

“However, even though I am editor-in-chief of Norway’s largest newspaper, I have to realize that you are restricting my room for exercising my editorial responsibility. This is what you and your subordinates are doing in this case.

“I think you are abusing your power, and I find it hard to believe that you have thought it through thoroughly.”