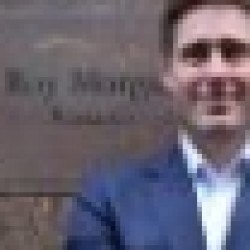 
Are our bandwidths getting bigger than our eyes when it comes to gobbling gigabytes?

With an increasing number of Australians signing up for over 300GB per month of internet data, Roy Morgan Research looks at whether people with higher (or no) limits are actually doing more with them.

In the year to June 2014, of the 15.7 million Australians (14+) with a home internet connection 9% downloaded TV programs by computer in an average four week period, 7% downloaded feature-length movies, 9% streamed TV and 4% streamed movies.

The proportion of people doing these online activities rises sharply in line with increasing data limits—but only up to a point. Those with an unlimited data allowance are actually less likely to say they’ve downloaded or streamed movies or TV than those with 100GB or more but excluding unlimited.

Of course, this is just the rate of doing these activities at all in a four-week period, and does not take into account how many TV shows or movies have been downloaded or streamed in the month.

But even so, around three quarters of people on an unlimited data allowance haven’t done any of these activities. Which begs the question: why have unlimited?

The answer lies in living arrangements and household sizes. 75% of people with unlimited home internet data either live with kids at home, with parents or in a share house. So although individually these people are less likely to do high-bandwidth activities on the computer, unlimited data is the catch-all solution to covering whatever everyone else in the household might be up to.

Tim Martin, general manager of media, Roy Morgan Research, says: “Since the start of 2013, the proportion of home internet subscribers with an unlimited data allowance has grown by over 50%. The proportion with 300GB or more but not unlimited is up 75%.

“As well, the proportion of people who don’t know or can’t say their data limit has fallen from almost 1 in 2 in the first quarter of 2013 to 1 in 3 in the latest quarter to June 2014. Internet service providers need to keep a close eye on Australians’ changing internet consumption habits, and identify which types of people and households know exactly how much data they use and need.

“Some people want to pay for only as much as they need, others will go up a plan level just to be safe, and others would rather go straight for unlimited access so they never have to worry about what their kids or housemates might be doing.”