Advertise with us
Posted 2 February, 2017


Coca-Cola is launching its biggest design change in 130 years and a global ‘One Brand’ strategy all under the umbrella of the brand’s iconic colour- Coca-Cola red. The global vice president for design for Coca-Cola, James Sommerville was in Sydney today to talk about the new design, shifting marketing strategy and why Coke is the ‘Mick Jagger’ of moments.

The change will mean that all of Coca-Cola’s varieties including Coca-Cola Classic, Coca-Cola Zero, Diet Coke and Coke with Stevia, will be unified under the one design using the iconic Red Disc. This marks the first time that Coca-Cola’s visual identity will be shared across not only all media, but all those Coca-Cola products around the world.

“We believe at Coca-Cola that we shouldn’t be this scary castle that only big agencies can service; we should be inviting in the next generation of creatives and giving them an opportunity,” Sommerville told B&T. “I believe in large agencies, but I also believe it’s our responsibility to give opportunities to undiscovered talent and freelancers, an amazing animator, typographer or package designer.”

This one brand imagery is throughout the new marketing strategy and advertising campaign- Taste The Feeling- where the product is meant to feel more authentic and involved in ‘real’ moments. “We wrote some design principals before the first shoot and it was all about the power of red, we didn’t want anything that felt contrived photographically. Many of the shots that made the cut were moments we didn’t think we were going to catch- it’s the genuine moment, not just the contrived ‘boy and girl drinking a Coke’.

“Internally we call the Coke bottle ‘Mick Jagger’ because Jagger is always centre stage, the other band members are amazing but if you take Mick Jagger off the stage and just go listen to the Stones without him it’s just not the same. So if Coca-Cola is the Jagger of that moment, of course that moment can happen anywhere with anyone but Coke is part of the story- it’s bringing that moment, it’s part of the story but not just ‘look at me, look at me’. Without it (Jagger or Coke), it’s not the same.” 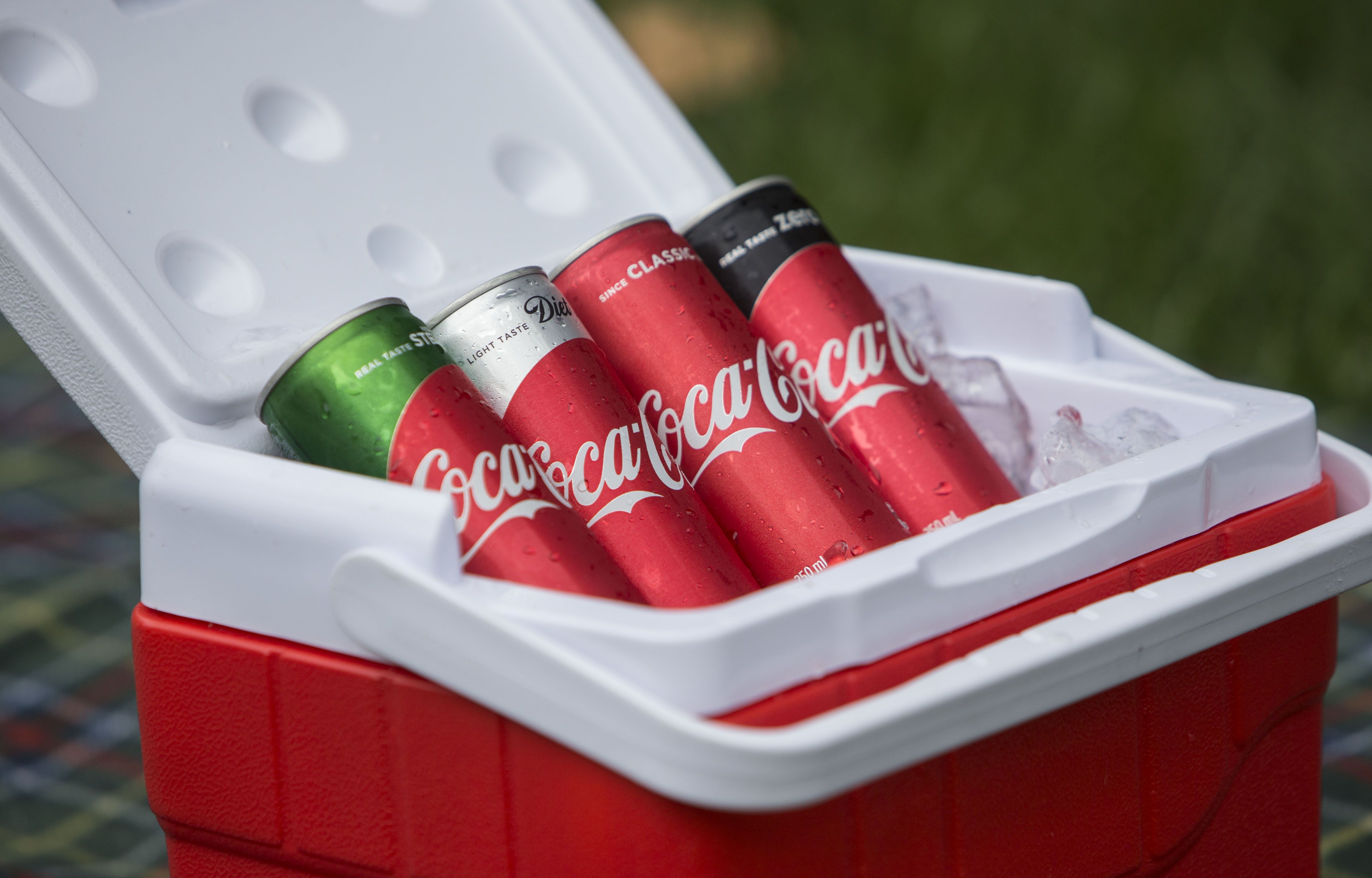 The new design packaging will be available from 6th February 2017. Winn told B&T: “For us it’s really important to communicate clearly to consumers the change; really communicating that it’s the Coca-Cola family you all know and love but with a new look.

“Under One Brand you will no longer see distinct brand campaigns for each of the variants. Rather, all advertising will feature the Coca-Cola products equally enabling consumers to an informed choice on the Coca-Cola that suits their taste, lifestyle and diet.”