Netflix has added nearly two million subscriptions in the past three months to its portfolio, with Stan coming a distant second and Presto an even further behind third, according to new figures from Roy Morgan. 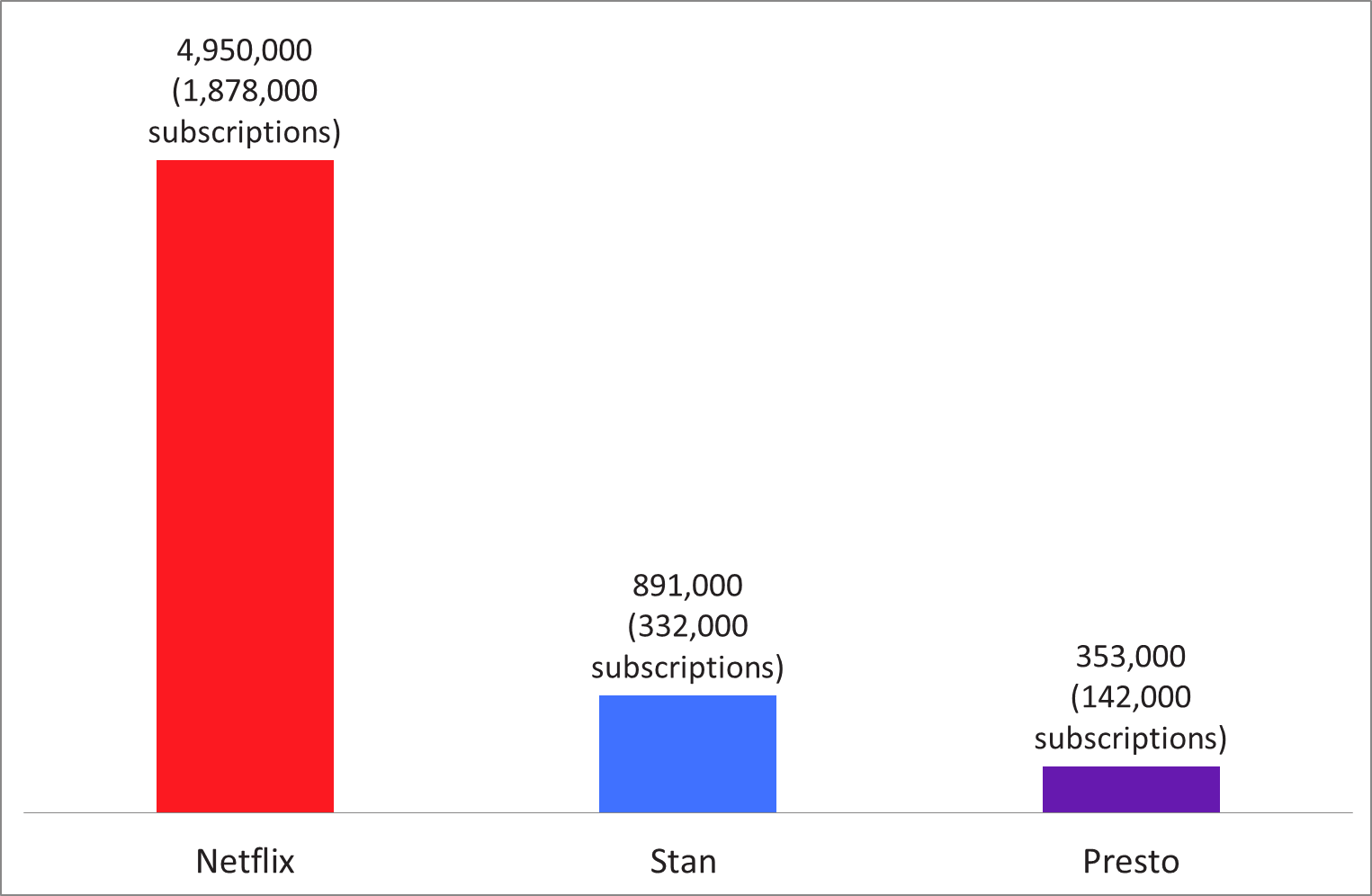 While Roy Morgan notes the free trail from Netflix helped it out, the figures show that there are still a lot who are continuing on with their subscription and forking out the monthly money for it.

“With the rapid take-up of Netflix throughout 2015, it was clear that SVOD was becoming a major new component of Australia’s media landscape,” say Roy Morgan CEO Michele Levine.

However, she noted Stan has been growing fast in 2016 as many Netflix subscribers add a second SVOD service to their repertoire.

“Around three quarters of homes with Stan also have Netflix,” she said. “Part of SVOD’s appeal to consumers is that, unlike Pay TV, there is no lock-on contract. Both services will need to ensure, through timely delivery of new and exclusive content that current customers remain customers.

“As SVOD continues to grow, our research will further examine switching and cancellations. Over the coming weeks, we’ll also look more closely at how many subscribers in the home are actually using these services and just how much they’re watching.”

While Presto is still coming third position, the SVOD service has just announced its inclusion in the Pay TV service Fetch TV.