Rather than a case of good old fashioned time-wasting, Belinda Armstrong (pictured below), HR director at Isentia, argues that staffers who use social media during work hours are more loyal, more profitable and happier. Go figure…

Need to get motivated at work? It might be time to Snapchat. Or Tweet. Or even Pin.

If you need to convince your boss you need more time to like, comment and share each day, it’s hard to ignore the mounting bank of evidence that social media networks actually lead to more productive employees. 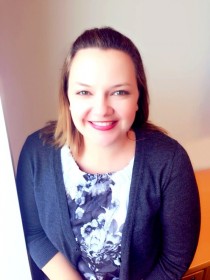 A number of recent studies show digital connectivity appeared to boost metrics like productivity and retention. It’s also good for profits and mood.

Big data firm, Evolv, followed 40,000 employees using between one and four social media sites weekly. Not only did the social media users record higher sales than their non-Facebooking colleagues, they also stayed in their jobs longer.

Interestingly, the more ‘social’ users – those subscribed to more than five social networks – recorded higher sales in less time than their peers. They also appeared more adept at handling customer interactions. This, Evolv deduced, stemmed from the fact that they were inherently more social people.

A study by McKinsey Global Institute (MGI) found social media use at work also enhances communications, knowledge sharing, and collaboration within organisations. The company believes that whilst access to social media networks might steal small amounts of an employee’s time, the return in productivity gains is undeniable. MGI suggests that by embedding social media platforms in the workplace, companies could raise the efficiency of managers and professionals by up to 25 per cent.

It’s also good for the bottom line. According to MGI, effective use of social media could add between $900 billion and $1.3 trillion of value annually to the consumer packaged goods, consumer finance, professional services, and advanced manufacturing markets.

Social media tools will also help distress and reinvigorate workers. According to researchers at the University of California, cruising Facebook is a mood booster.

According to the study, a quick social media break cleanses the mental palate, giving workers the opportunity to reboot and return to the job at hand reenergised.

The power of social media in building brands and driving sales is irrefutable, but harnessing these tools for a happier, more collaborative workplace no longer needs to be debated.

There are, of course, important considerations for balancing a connected workplace with other implications such as potential security breaches. But the risks are incredibly manageable, and like all good strategies, the key is in the implementation.