Certainly in living working memory, the norm rather than the rule, was that no piece of content was released by a brand unless the CMO saw it first.

Since then, this little thing called the internet, in general, and social media, in particular, has turned such a notion into a laughing stock (no pun intended).

Thus, it gave rise to the ubiquitous brand style guides – normally enormous tomes nobody often including their creators can understand let alone adhere to.

The solution to the production of a brand’s image thus found its way into the hands of a full creative process. A creative agency directing a production company made TVCs, stills for billboards, magazines and newspapers often in the presence of one or more brand custodians, if not the CMO.

The results are almost always what the CMO wanted but the process is expensive and painfully slow.

For major brand campaign launches, where the visuals need to be pixel perfect, Shutterstock Custom’s senior vice president, Grant Munro, insists this high-touch process is still the correct way for a brand to go.

However, he noted there is so much more demand for content today than ever before, and trends such as customisation and localisation mean a need for a more scalable solution has arisen.

It was into this gap that Munro launched his start-up and quickly grew it from zero into a US$55 million business in three-and-a-half years.

Now a wholly owned subsidiary of Shutterstock, the need for the business continues to explode.

With the proliferation of social media, and Google’s decided lurch towards visual rather than text-based ads, brands need a mind-numbing amount of visual creative, and yet the need to preserve the brand’s narrative remains.

Sadly, budgets have not grown at the same rate as media channels – in many cases, they have shrunk.

When Munro started what was then Flashstock, his aim was to produce a digital solution to the problem of scalability of custom imagery. He admits the process was a little harder than he first thought.

“There was a lot of blood sweat and tears trying to figure out how to do this,” he told attendees at a B&T Breakfast Club event on Tuesday at QT Sydney. 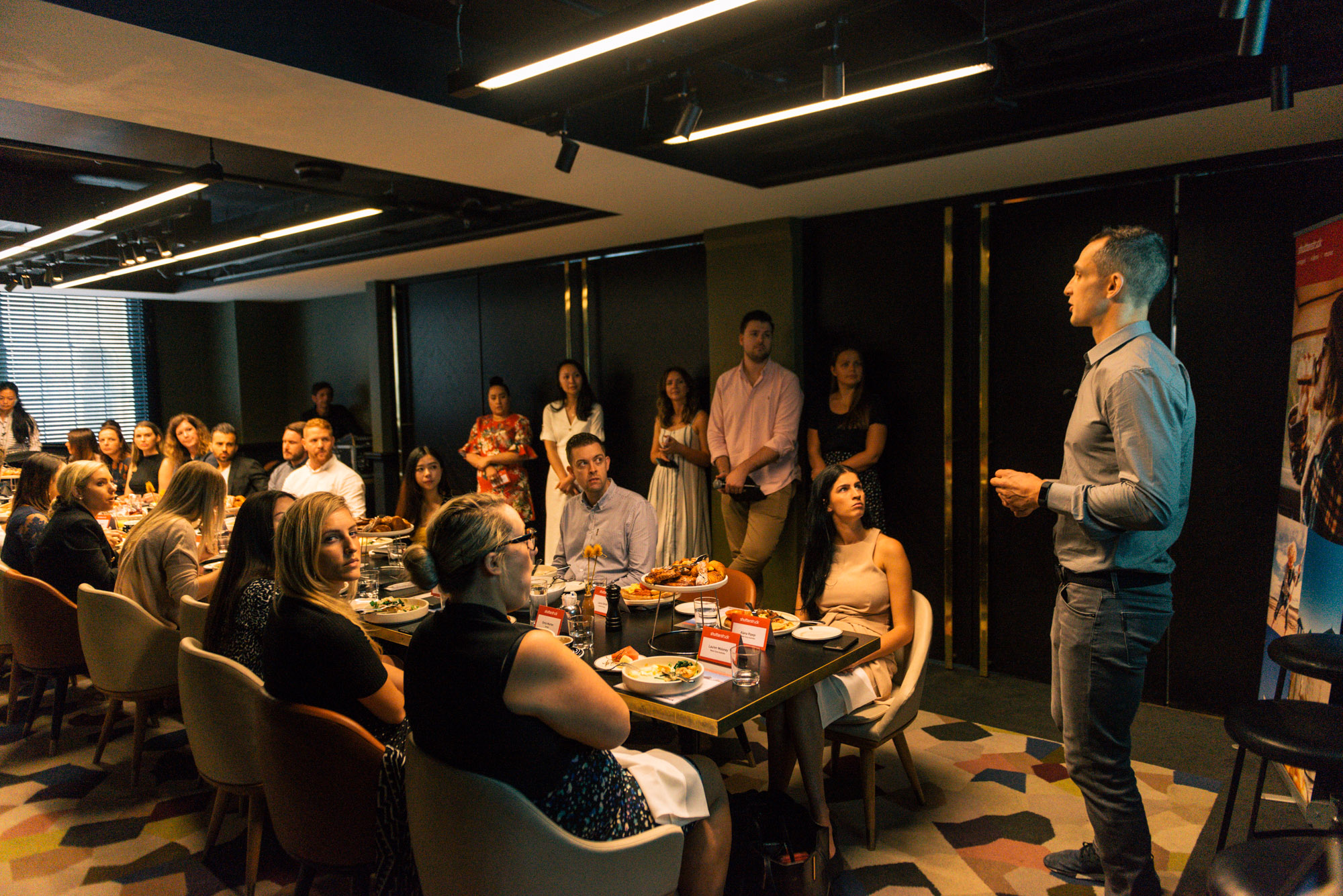 “There’s this notion of upfront calibration. When you’re working for a brand, the concept of brand look and feel if you’re not in that world is somewhat abstract.

“The first brand we started working for was Anheuser-Busch InBev [Budweiser’s parent company]. Their brand guidelines was a 100-page PowerPoint deck, and I sent it to a few photographers and they rang up and said, ‘Hey, what’s PowerPoint?’ So, I thought we were in a bit of trouble here.

Munro said the process involves a brand putting forward all of the images that are approved, then putting them together in this mood board.

“Then, with a group of the brand stakeholders, we extract the features the brand must have and we try and keep them to a minimum,” he said.

“Once these are agreed to, the key insight here was we kept them binary, so there’s no subjectivity. There’s three primary technical aspects: composition, tone and lighting. Then things like environment and subject matter.

“We can then start having conversations with the stakeholders as to what’s really important and end up with the perfect amount of information, because too much is too much.”

Munro said the output of this is a simple guideline that anyone can follow, and it allows you quickly see if an image is on-brand or off-brand. Shutterstock uses this a filter to source creators.

Shutterstock Custom’s senior vice president is in the midst of series of presentations across Australia and New Zealand in partnership with B&T.