SBS has moved on from its long-running ‘six/seven billion stories and counting’ positioning and launching new brand expression ‘Join in’, in time for the 2014 FIFA World Cup.

An SBS spokesperson told B&T ‘Join in’ is the “natural progression of the brand”.

‘Join In’ has evolved from SBS’s previous brand expression of ‘Seven billion stories’ that was announced in 2011 to coincide with the world’s population reaching seven billion. The ‘six billion stories and counting’ tagline was reintroduced in 2008. 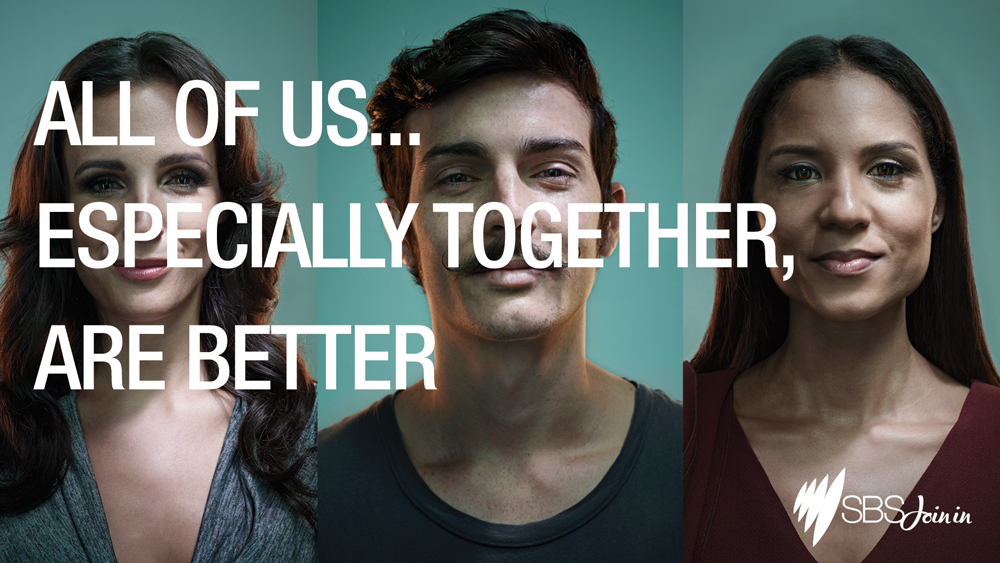 The new ‘Join in’ brand campaign will launch during the Socceroos’ first match of the competition tomorrow morning (Saturday, June 14) at 8am.

“Over the past 40 years SBS has brought different content to our screens in news and current affairs, sport, documentary and drama,” Helen Kellie, chief content officer at SBS, said.

“Join in is continuing that celebration of diversity and invites all Australians to embrace our differences and enjoy what it means to be Australian today.”

The campaign was created in partnership with Joy and SBS’s Charter to make sure the reflection of Australia’s multicultural diversity is being encouraged by Aussies.

The Join In brand film will air during half time of the Socceroos’ first match. The film was made by Joy and Stampede (Toby Dixon and Alex Feggans), and the SBS in-house design team, with music especially created by Sonar Music. SBS moved its creative account to Naked Communications in April this year. It is likely ‘Join In’ will be one of Joy’s final pieces of work for SBS.

Check out the film below.