Facebook Mobile is leading the charge as one of the most cost effective channels. So says Ben Sharp, Australia and New Zealand managing director for retargeting platform AdRoll.

“Mobile is perceived as expensive,” said Sharp. “However, our Facebook by the Numbers report found that Facebook News Feed adverts served on mobile had a cost-per-thousand that was surprisingly, on average, 57% lower than desktop.”

“Also, a click-through rate was typically 10% higher than desktop. This produced a cost-per-click that was 61% lower than on desktop, proving Facebook mobile ads are more cost effective than advertisers have previously thought.”

Advertising in Facebook News Feeds jumped from zero to 6.51%, according to the report, with mobile ads now accounting for 8.25% of all news feed clicks.

The research found that while the mobile advertising market continues to grow, this hasn’t hindered other advertising channels.

“According to this chart from the Facebook by the Numbers report, adding mobile retargeting on top of other retargeting campaigns actually increases impressions, clicks, and overall conversions,” said Sharp. 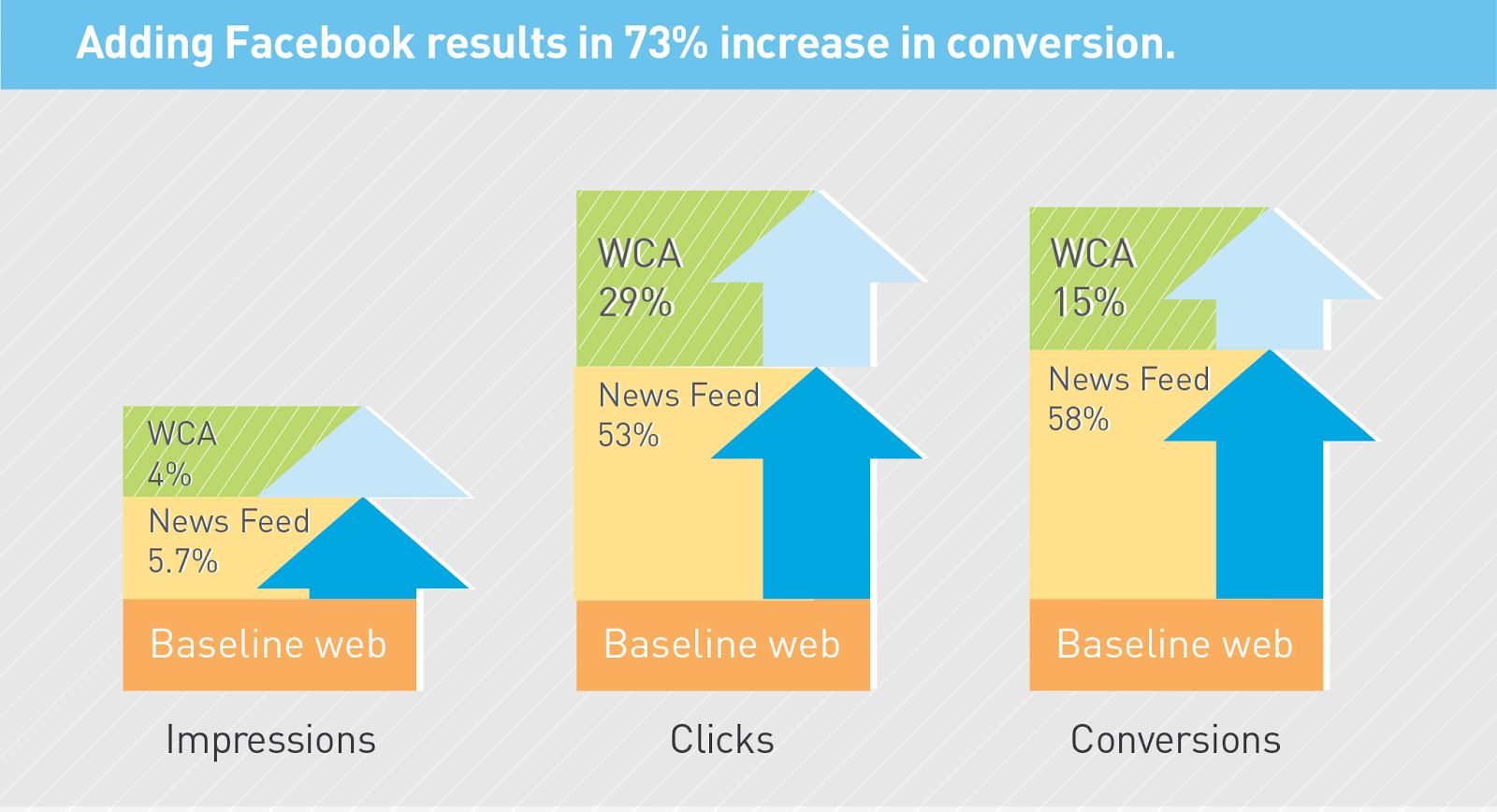 Sharp added: “Adding mobile increases impressions by 4%, clicks by 29% and conversions by 15%.”

Another finding in the report was that the most successful marketing strategies involve a range of retargeting options across multiple channels.

Could this finally be the long prophesied ‘year of mobile’? Sharp suggests as much.

“More than 52% of internet browsing is happening on either a mobile or a tablet,” he said.

“It’s exciting to see how mobile is proving to be a strong response channel for advertisers. This report demonstrates with real data how mobile is an effective marketing channel and playing a strong role in an advertiser’s overall retargeting strategy.”