In this guest post, Matt Whale (below), managing director of innovation company How to Impact, asks are you a hedgehog or are you a fox? When it comes to leadership, do you know one BIG thing or lots of things?

What makes a good leader? Certainty? Refusing to fail? A focus on finding solutions?

These are some of the qualities we often expect from leaders, because as humans, we tend to lean towards those who sound certain and can speak with conviction. Unfortunately however, these are the same qualities that can make them less effective. It’s a modern-day leadership paradox. 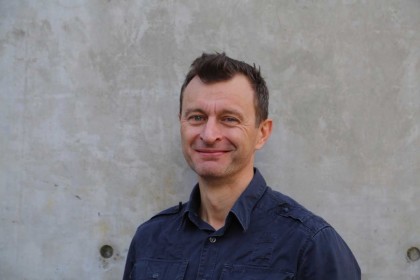 Leaders generally fall into one of two architypes, first espoused by the Greek poet, Archilochus in 700BC when he wrote: “The fox knows many things, but the hedgehog knows one big thing.”

A political science professor at University of California Berkeley looked into 284 international affairs experts making 28,000 forecasts, and found that the better forecasters were like the foxes: nimble, not wedded to a single position and ready to pivot in view of new information. By contrast, hedgehogs routinely fared worse than foxes, especially in long-term forecasts – sticking to their opinion, blinded by their extensive expertise.

The thing about the hedgehog however, is that they make it onto TV and mainstream news more so than the foxes because they sound certain and sure of themselves. People crave certainty, particularly when confronted by uncomfortable change and uncertainty, which is when they desperately look for something familiar and safe – even if their leader ultimately provides lesser gains.

So how do leaders act like the more successful fox, while having the star power of their spikey adversaries?

The answer lies in creating an environment of positive ambiguity. One that allows the leader to de-risk exploration of multiple ideas, make mistakes and learn from them, continually adapting to the world around them.

Be Comfortable With Incomplete Data

Hedgehogs judge situations based primarily on what they already know, often simplifying the issues by categorising a problem and implementing ‘best practice’. This leads to them continuing to push tired propositions while new businesses disrupt the market – look at the success of services like Netflix which have taken market share from DVD rental brands.

By contrast, the fox reviews all information without an agenda, thus avoiding confirmation bias – that is, placing higher importance on evidence that supports their preconceptions. Foxes embrace positive ambiguity, making decisions in the absence of hard data. As Jeff Bezos, CEO of Amazon, once said:” “Most decisions should probably be made with somewhere around 70% of the information you wish you had. If you wait for 90 per cent, in most cases, you’re probably being slow.”

According to the Knowledge Doubling Curve theory, human knowledge is doubling every 12-13 months, but the internet of things means it will eventually double every 12-14 hours (according to IBM). So even if complete data sets were available, the speed at which you would slow your organization down to get to 100 per cent data completion would see you eliminated from the playing field.

By understanding this, foxes are more focused on making quick decisions while continually re-evaluating the situation and changing tactics in lines with new insights as they become available.

Move away from quantitative data

Numbers provide a simplified, easily digested and certain view of the world, so it’s no wonder that business leaders rely on them. However, empirical evidence does not always tell the full story.

You need to significantly up-weight qualitative evidence because that will give you the human story about user need. And we don’t mean sitting on the other side of a one-way mirror, watching a focus group. It should be a face to face, real-world exploration of in-situ behaviour over hours of observation involving iterative rounds of experimentation and user testing.

The fear of failure and the unknown holds us back. This is because we all operate most efficiently in our own comfort zone – where we know the rules and can get things done really well. However, what happens when our environment changes? All of a sudden we’re left behind and our comfort zone becomes decidedly uncomfortable. In order to learn and adapt, we need to go into our stretch zone and the more we do that, the bigger our comfort zone gets.

Foxes know how to fail and fail well. The idea is to not charge ahead with one solution until it either miraculously works, or more likely, fails. Instead, it is to accelerate learnings and pivot directions. It’s like driving in the fog, you wouldn’t put your foot down on the accelerator not knowing what’s ahead. Rather, you’d constantly survey the landscape, correcting your course as you go.

In his dystopian novel 1984, George Orwell coined the phrase ‘Double-Think’: the idea that a person could believe two contradictory ideas to be true at the same time. While the application of this in innovation and leadership is a bit different, the underlying premise is the same. By being open-minded, withholding judgement and not discounting any options from the outset, we set ourselves up to better utilise new information. It may be that a new insight actually affirms a hypothesis that seemed to be inferior, which a hedgehog would have quickly disregarded.

These rules tie back to one sentiment. Great leaders need to remain problem-centric. We need to stop looking for solutions and instead continually question and re-evaluate the problem to emulate the more successful fox, while creating certainty in the process, and not a specific solution, to bring people on board like the hedgehog.

It’s time we step away from our preconceived notions of what makes a great leader and begin to embrace positive ambiguity.