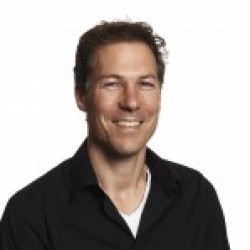 
IE Agency’s Berry Driessen is at The Society of Digital Agencies Global General Meeting in Barcelona. He shares his insights from the event exclusively with B&T.

Today I attended an exceptional breakout session, championed by Eugene Stroynov, which looked at the most optimised and best structures to run an efficient agency.

He led with the question: What structures do we find work well to ensure we produce amazing results?

The group was quick to agree that at least part of the solution resides in the cultural aspects of the agency: the people. It’s integral to have the right person leading the project, someone who is capable of driving the solution from start to finish. However, the challenge is that these people don’t always exist in the firm, or it may take time to bring the person up to speed in time.

Another challenge is that five or six projects may be running concurrently, and the bigger the client the more crucial it is to deliver amazing work on time and to budget. It was also agreed that clients always expect the senior most people working on their account, which is difficult to maintain with many projects under way simultaneously.

However, it was suggested that a dedicated team approach might be the best long-term option for having reliable, accountable and engaged work produced. You need to consider the following from the outset of a project:

A few agencies in attendance seemed to have success with a two-person project lead approach, so having just a creative and producer on the team. As less people involved tends to produce more amazing work, maybe this is a case for too many cooks spoil the broth in a big team? It also means the financial impact is less; often money is made on the piece in a two-person team, where it can be lost in a larger team.

It’s important to have your team documenting the process in a well-organised manner from the outset of a project, from strategy to planning, and creative to development. It was agreed amongst those in attendance that handover points are often where the cracks will appear.

Multi-disciplinary teams in continuous dialogue with the end consumer

Across the board, it was agreed that some great results have been seen with a client-end customer driven product design process. The use of sketches and prototyping, with close involvement from the client’s consumers along the entire way, will deliver a more solid and targeted solution. It was even suggested to use crowd sourcing for feedback along the entire process.

This is a more cultural process change as opposed to the entire team structure needing an overhaul. There is no role for a creative director in this process, but rather the client’s themselves get challenged by the end customer feedback.

The values of great work