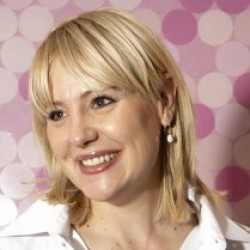 
Indigenous Australians are significantly more predisposed to Facebook than the overall population, a recent survey conducted by McNair Ingenuity Research has revealed.

Six-in-ten adult Indigenous Australians use Facebook on a daily basis, compared to 42% of adult Australians nationally.

Aboriginal and Torres Strait Islanders living in metropolitan areas of the capital cities are the biggest Facebook users at 68%. In regional towns, the figures are slightly less at 61%.  In remote communities where home computer ownership is low and ADSL Internet can be unavailable, Indigenous Facebook usage in is at 44%, slightly above the national average.

“Indigenous Australians living in remote areas are having a completely different experience of social networks and the Internet than mainstream Australia,” said lead researcher on the survey, Matt Balogh.

“Apart from at school or work, nearly all their Internet contact is on a pre-paid smartphone or tablet,” he said.

According to Balogh this is similar to other rapidly changing societies around the world, such as Asia and Africa, where involvement with the Internet has been almost exclusively through mobile smart devices, due to ease of access and affordability.

Response to the results were not all positive. While Associate Professor Ellie Rennie, Deputy Director of the Swinburne Institute for Social Research, agreed with the findings, she also raised concerns.

“Life in remote communities is still largely organised around kinship ties. The popularity of Facebook is unsurprising, in that it enables people to create an online network and to communicate with ‘family’, which may be dispersed across different communities and towns,” she said.

“However, senior women in Indigenous communities have told us that they are concerned about Facebook undermining traditional authority relations, since feuds can spread rapidly before elders can intervene.”

The McNair Ingenuity Research Indigenous survey is an ongoing study – in its fifth year, conducted on behalf of various Federal Government agencies and Corporations, as well as some Indigenous media organisations.