There’s too much talk about disruption, said Didier Bonnet, senior vice president and global practice leader in digital transformation at software company Capgemini. Disruption is not going to come to your company in one massive wave, it’s going to slowly seep in and take over.

Bonnet likens it to fifty sharp-toothed piranhas slowly chiselling their way through businesses, rather than the sudden and often tragic great white shark attack. 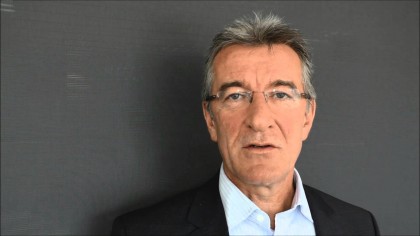 Speaking at the digital disruption conference Daze of Disruption in Sydney, Bonnet doesn’t think all the big kahunas are going to kark it. And yet, executives cannot just sit back and wait.

“My message is that disruption will happen over a longer time than people think,” he said. “I am not overly convinced that all the big guys are going to die and be replaced by start-ups. I think we’ll have a mix.

“Nevertheless, executives need to be paranoid. Because at any point in time, whichever business you’re in, you’ll have some guys looking at your business in a different way.”

Taking the audience at Sydney’s Belvoir Theatre through recent research the company had investigated in the notion of digital, disruption and how to handle it, Bonnet explained how there was a gap forming between digital transformation and corporations.

The abundance of technology now, the digital transformation, is moving at a ridiculous pace. And yet corporations are struggling to keep up.

“What was science-fiction 10years ago are now things you can actually do. And that’s great,” he said. “But at the same while there’s corporations, they haven’t changed that much. The speed at which you can change a corporation is anything but exponential.

“There is this gap happening we think, and unless…they get really serious about changing the way they work with digital technology, they’ll have a hard time moving forward.”

Technology won’t wait for you to keep up, and yet Bonnet suggested it’s generally the combination of technology that causes the disruption, rather than one specific tech shitting all over everything.

“It’s very rarely one single technology that really disrupts. It’s when you start meshing this technology together that it really changes the corporation,” he said.

“We haven’t seen anything yet of what digital technology is going to provide.

“The companies that are either too slow to react, or waiting for the competitor to move forward, or, even worse, the companies that still seem hostile to technology – I think these companies are going to have a real, real hard time going forward.”