In this guest post, Digital360 copywriter, Hugh Steele, argues Google Australia’s attempts to regulate the sort of ads it features is wrong and not part of its remit…

For the most part, Google does a good job of moderating its AdWords platform. However, some of its policies enter the realm of trying to regulate Australian industries. The two most glaring examples of this are their policies concerning payday loans and brothels. 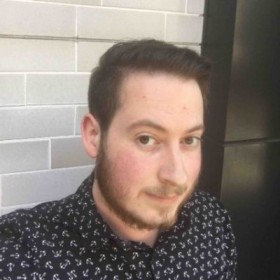 Google’s recent ban on ads for payday loans is equal parts moralistic and ineffective. It was announced in May 2016 and came into effect in July of that year.

The ban was widely praised in the digital marketing industry and the media. However, it was quickly circumvented by some Australian payday lenders who changed their policies.

Google’s ban only covers loans which require repayment within 60 days. Several lenders have increased their minimum loan terms to 61 or 62 days so that they can continue to advertise on Google.

Google essentially made a policy decision for Australian businesses – loans longer than 60 days are acceptable, shorter loans are not. Even though longer loan terms will mean customers pay more in fees.

In response to this, Philips Johns, chief executive of the National Credit Providers Association, described Google as a “pseudo-regulator” and the ban as a “feel-good stunt”, the Sydney Morning Herald reported.

Despite the Google ban, both loans longer and shorter than 60 days are legal and regulated in Australia as Small Amount Credit Contracts (SACC). Any lender offering these loans must be licensed and adhere to strict lending criteria, including a warning to consumers about borrowing in the application process.

But Google has decided to give an advantage to lenders who only offer “longer” short-term loans, even though they are regulated by the same legislation as shorter loans in Australia.

When it comes to the adult entertainment industry, the advertising restrictions are rightly intended to prevent ads for adult content from appearing for people who are not seeking that type of content.

However, Google has a blanket ban on ads which “promote escort services or other services that may be interpreted as providing sexual acts in exchange for compensation” which puts ads for legal brothels in the same category as ads which “promote content with underage or non-consensual sexual themes”.

There is a clear legal and moral distinction between Australian brothels and anything which promotes “underage or non-consensual” content. Google’s policy is clearly ridiculous in this case, and they need to respect Australia’s legal sex industry.

For the most part, Google’s AdWords policies are designed to protect users from counterfeit products, dangerous products, dishonest behaviour, and inappropriate or offensive content.

The Australian government already regulates short-term loans and consumers are already being protected from businesses operating illegally within those industries.

According to IAB Australia, $1.88 billion was spent on online advertising in the quarter ending 30 September 2016. The two biggest recipients of that spend are Google and Facebook.