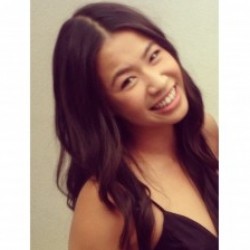 
Connoisseur, the creators of ice cream flavours such as Murray River Salted Caramel and Kangaroo Island Honey with Fig, have launched a new range of gourmet ice cream.

The Connoisseur Empire Collection brings the story of ice cream to life with four unique flavour combinations inspired by four historical characters, each of whom had a connection to the very origins of ice cream. In an ode to Italy and Emperor Nero, coffee hazelnut flavoured ice cream has been taken to the next level with the addition of chocolate coated hazelnuts and hazelnut liqueur sauce, while in a homage to King Louis XIV, French vanilla flavoured ice cream gets the royal treatment with the addition of choc flakes and Armagnac sauce.

Taking inspiration from the east and the extravagant Emperor Jing Zong, red bean flavoured ice cream has been paired with coconut; and as a tribute to King Cyrus of Persia, divine pistachio flavoured ice cream has been swirled with a sauce made from cinnamon, honey and dates. These four flavours make up The Empire Collection, a range packed with the signature creaminess of Connoisseur ice cream and indulgent textural extras.

Connoisseur head of marketing, Emma-Jane Collins says the brand is conscious of keeping ice-cream lovers on their toes when it comes to flavour combinations: “We are consistently striving to push the flavour boundaries and give our fans something new and exciting, something they may not have tasted before. The Empire Collection showcases four very decadent new flavours that will no doubt bring delight and surprise the palate,” Collins says.

With stunning packaging designed by Melbourne-based artist Steve Cross, the Connoisseur Empire Collection tubs bring the story of ice cream to life. Each design, hand painted on canvas and then photographed, features icons and elements of each character’s life and achievements. Look closely and you will see the coins which Emperor Nero used to bribe the judges at the Olympic games or the ceramic painted jars Emperor Jing Zong served his ice cream in.

“The flavours have been inspired by famous tastemakers from different empires: Emperor Nero, Emperor Jing Zong, King Cyrus of Persia and King Louis XIV. It’s a tale of four men, connected by ice cream and I really wanted to bring them to life through the packaging and design to create something truly unique,” says Steve.

“These flavour combinations are distinctive and I was inspired both by the ingredients used and the historic figures with their rich back stories. It’s a great acknowledgment to history, bringing these legends alive today – a beautiful demonstration of the blending of two eras.”