Coca-Cola South Pacific has announced the launch of CASCADE’s ‘Change It Up’ campaign, designed to further drive awareness and trial of its premium sparkling range.

Backed by a million-dollar marketing spend, the campaign encourages Aussie consumers to change up their habits by swapping their usual mixer of choice to one of CASCADE’s flavours, creating a new and delicious beverage combination.

The hero OOH creative (see below) will feature nationwide in CBD railway locations including Flinders Station, Southern Cross Station and King George Square in Melbourne, and Central Station in Brisbane. 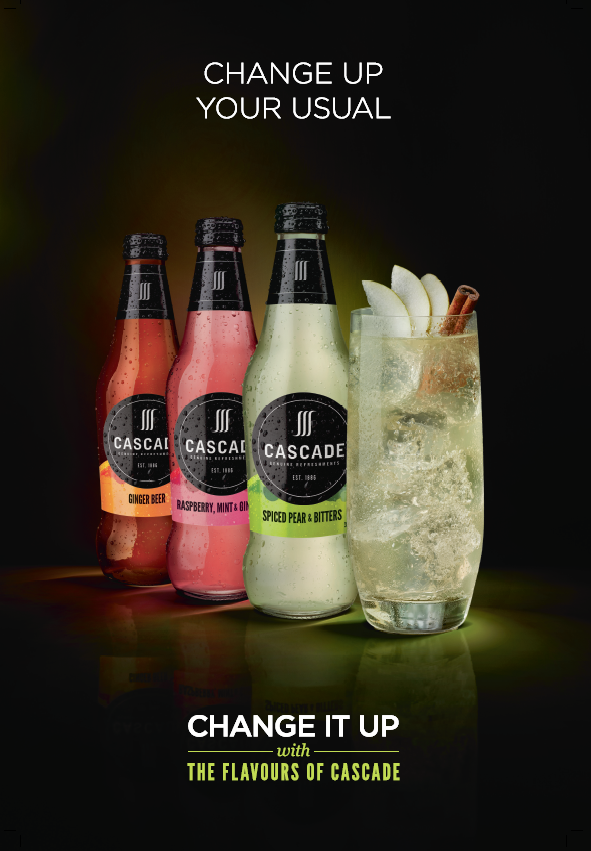 It will also be displayed across major retail centres, as well as Qantas, Virgin and multi-airline domestic airport terminals.

Furthermore, a number of lifestyle, foodie and cocktail influencers have been brought on board to develop content that showcases creative ways to change up how they enjoy CASCADE, including 2hungryguys, thecitylane, cocktailsbykurtis, seewantshop, quoc_phan, designbyaikonik and brigadeirochoc.

“‘Change it Up’ is all about encouraging our Australian adults to try something new, pairing our delicious CASCADE flavours with their favourite spirits.

“We know they’ll love discovering new ways to enjoy the product, be it while socialising with friends or relaxing on the couch after work.”