The after-party to end all after-parties has officially kicked off (thanks to Julian Hamilton from The Presets), after the industry’s best and brightest were recognised at the B&T Awards 2018 on Friday night.

The Chaser’s Craig Reucassel and Chris Taylor were on hand to guide proceedings as MCs with their trademark humour, keeping the crowd engaged right until the very end.

Despite numerous holding groups boycotting all industry awards this year, B&T is happy to report was no drop in entries, with a total of 369 submitted. Our esteemed judges were given the arduous task of whittling these entries down to award 36 trophies.

In addressing event attendees on Friday night, B&T editor-in-chief David Hovenden said  that apart from being adjacent in timing to Christmas, the B&T Awards are in many ways like the annual holiday in that there is the giving of awards, celebrations and potentially a drunken scuffle late in proceedings between people who know each other very well.

“However, the biggest similarity with Christmas is that it’s an occasion of coming together as a family,” he said.

“And in 2018, the theme of coming together has been particularly poignant. Nine’s merger with Fairfax the biggest media coupling in Australia’s history is a case in point.

“Yet the love affairs didn’t end there. It seems as if the entire out-of-home industry has been on a healthy dose of corporate Viagra. Following the failed nuptials between APN and oOh!media, both spurned partners found new love in the shape of JCDecaux and Adshel respectively.

“Following the union between STW and WPP, 2018 proved the year when that love got real with Y&R and VML leading the way for what is surely not the end of a period of fervent comings together between the 80 or 90 brands all housed under Sir Martin’s ex-roof.”

Pat Dalton, founder and CEO of iGoDirect Group (owner of Rewards Come True – the principal sponsor of this year’s awards), said it was an extraordinary time to be a marketer.

“We’re seeing brands engage with their audiences in new ways, taking different paths to cut through the ever more crowded media landscape,” she told attendees.

“It’s your combination of hard work, creativity, and data that is making marketing extraordinary. I’m glad to be here celebrating the amazing campaigns, and the amazing people behind them.”

Congratulations to all the winners and finalists (which you can view here and here) of this year’s B&T Awards, and big ups to our awesome judges and stupendous sponsors.

So, without further ado, here are your winners for the B&T Awards 2018:

The Monkeys – ‘Unlearn’, University of Sydney

Tourism Australia – ‘Dundee: The Son of a Legend Returns Home’

BEST USE OF MOBILE

BEST USE OF SOCIAL MEDIA

BEST USE OF SPONSORSHIP

MARKETING TEAM OF THE YEAR

MARKETING TECHNOLOGY COMPANY OF THE YEAR

MEDIA BRAND OF THE YEAR

MEDIA SALES TEAM OF THE YEAR

YOUNG ACHIEVER OF THE YEAR

STATE AGENCY OF THE YEAR – NSW

STATE AGENCY OF THE YEAR – VICTORIA

DIRECT RESPONSE/PERFORMANCE AGENCY OF THE YEAR

PRODUCTION COMPANY OF THE YEAR

PR AGENCY OF THE YEAR

History Will Be Kind

INDEPENDENT AGENCY OF THE YEAR

MEDIA AGENCY OF THE YEAR

RESEARCH AGENCY OF THE YEAR

EMERGING AGENCY OF THE YEAR

EXPERIENTIAL/PROMOTIONAL AGENCY OF THE YEAR

MARKETING CONSULTANCY OF THE YEAR

ADVERTISING AGENCY OF THE YEAR

B&T AGENCY OF THE YEAR 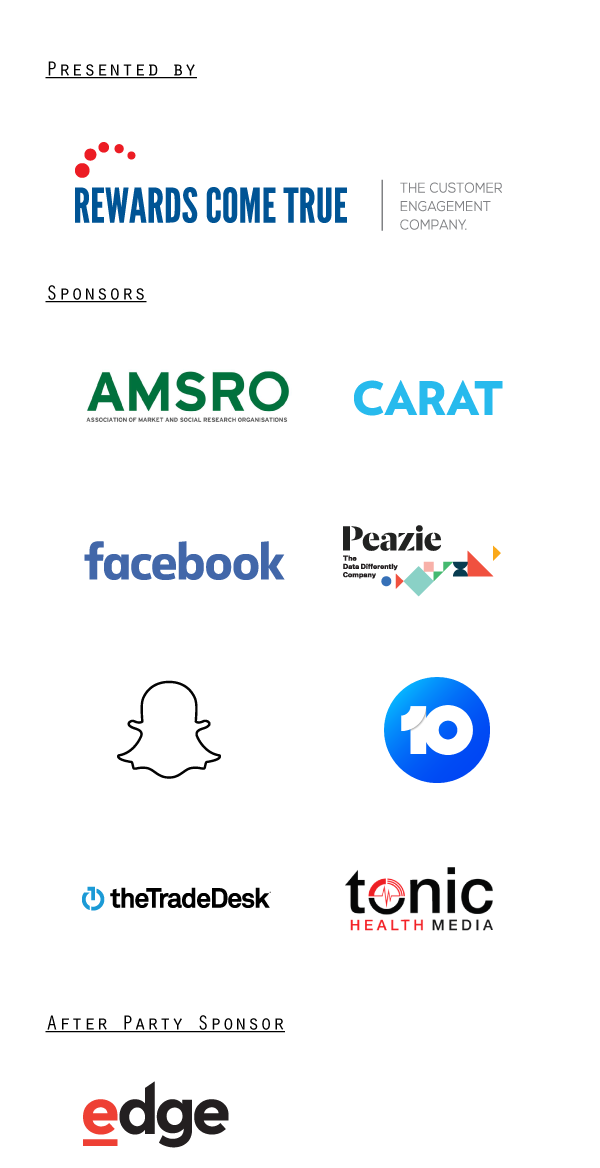