The media is to blame for the hysteria around Artificial Intelligence (AI), according to senior strategic designer at BCG Digital Ventures, Chris Naylor. Human intelligences exhibited by machines is changing the way consumers interact with businesses and can be taken advantage of right now- without the world coming to a fiery end.

Naylor explained to the audience at yesterday’s Daze of Disruption the three main types of AI and how businesses, like Spotify and ANZ, are using artificial intelligence to successfully power customer interaction and drive greater value.

“Artificial Intelligence (AI) is expected to boom into a 70 billion dollar industry, it’s easy to see why it’s touted as the next big thing. But the hype is a shrouded with mystery, AI is often seen as this futuristic technology out of reach for most companies and limited to powering autonomous cars and useless chatbots. But the reality is that AI is here and you can take advantage of it today,” Naylor said.

1. Artificial narrow intelligence– referred to as weak or applied AI.

“It’s an AI which specialises in a single or narrow task as competently as a human. This is really the current state of AI. If you’ve met the new Siri you have already encountered it. Siri uses a number of different techniques like voice recognition- taking your voice, translating that audio into text, then it takes natural language processes, takes that text and breaks down what you’ve asked and then fulfils that task.”

“Refers to an AI that is as smart as a human across the board, it can perform any intellectual task that a human can- creativity, emotional intelligence, reasoning. This form of AI is some distances off. But if it helps think of C3PO from Star Wars as a mental model for what artificial general intelligence is.”

Artificial super intelligence– this is the most advanced form of AI,

“Leading AI thinker Nick Bostrom says that Super AI has the power to be so much smarter then the best human brains in every field. This is some way off, but it’s where all the hype comes from because with this super intelligence comes talks of robots taking over mankind, singularity theory, Terminator’s Skynet. Elon Musk says we’re ‘summoning the demon’. That’s great clickbait, it makes for a great page view but the reality is it’s a large distraction from how you can utilise this technology today.” 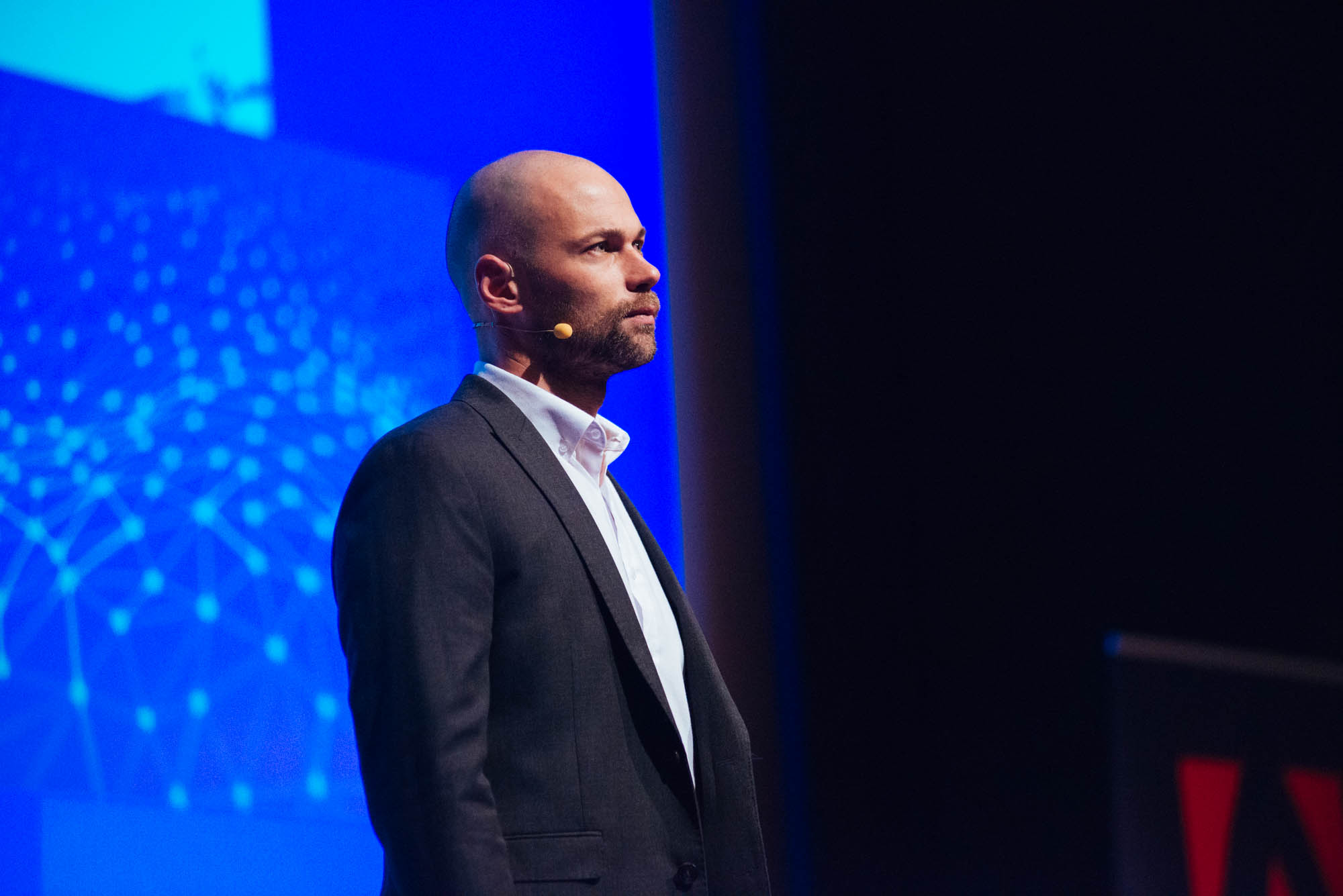 Here are several companies around the world who are using Artifical narrow Intelligence to power their company and drive value across different areas:

“AI isn’t this doom and gloom pipe story that the media makes out. Whilst we do need to be aware of our role in shaping AI in the future. AI is really a story of opportunity, an opportunity to deliver more value to your customers and drive greater value in your business.”