Strategic brand agency, RE, has launched a new brand and positioning for not-for-profit organisation Uniting, which showcases the breadth and depth of its offering and support to people and communities.

The new positioning, developed with RE strategists, reveals there is much more to Uniting than people think. This is the first ever large-scale public campaign for Uniting (formerly UnitingCare NSW.ACT), which brings together the untold stories of courageous and brave people from all walks of life who are connected to and impacted by this multi-faceted community services organisation.

Market research indicated that if people knew about Uniting at all, it was limited to one or two local services and awareness of the multitude of ways the organisation helps people has been low.

Uniting, for example, is responsible for the first legal medically supervised injecting centre in the Southern Hemisphere, stands up for refugee rights, is one of the largest providers of early learning services, has significant services to support the LGBTI community and is a leading innovator in aged care.

The positioning heroes the people Uniting connects and supports via moving and authentic creative that puts a human face on the myriad of services the organisations provides. 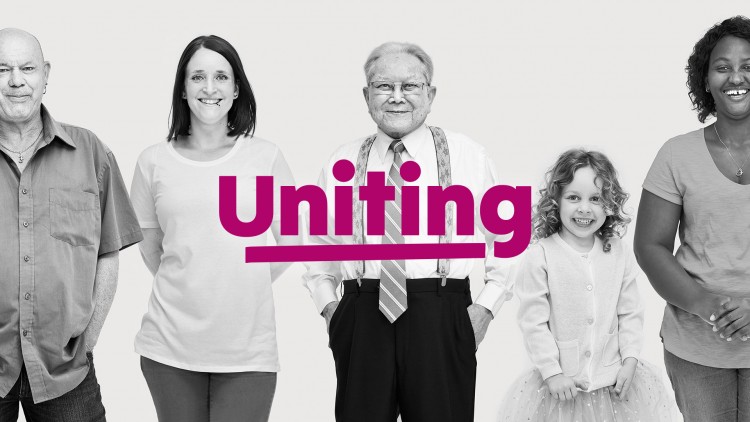 The centrepiece is a series of filmed conversations between strangers who realise an unexpected connection– it’s real storytelling between people who discover moments of shared experience and wisdom. Like Lunette who fled Sierra Leone during civil war to Marianne who runs the Uniting Medically Supervised Injecting Centre in Kings Cross.

Nine of the content pieces are being launched through the owned platforms of Uniting including website and social channels. The content will also feature as a 90” film montage at selected cinema locations throughout NSW and the ACT.

In addition, the film stories are supported by a gallery of portrait shots by acclaimed photographer Gary Heery. These portraits feature an extensive OOH campaign on buses, bus shelters, cross tracks, city lights and selected digital executions. Uniting will also take advantage of its significant number of owned service locations with additional OOH signage across the state.

RE and Uniting will also undertake an experiential activation on 3-4 May to raise awareness of the new brand and hero those people who told their stories for the campaign. Martin Place in Sydney and Centenary Square in Parramatta will become a giant Uniting ‘Welcome Mat’ to celebrate inclusivity, diversity and acceptance of all people without judgement.

Patrick Guerrera, managing director at RE said, “Uniting is undergoing a period of unprecedented transformation, triggered by a rapidly changing cultural and legislative landscape. Our brand thinking and campaign has been purpose built to drive that transformation, and secure the incredible scope of services they offer to the community”.

Sandra Black, director marketing and communication for Uniting said, “The challenge for Uniting has been how to authentically position itself in the market as a significant and competitive community service provider while remaining true to our purpose and values as a not-for-profit.

“The brand strategy and campaign approach developed with Re has not only achieved that, it has also helped drive other significant transformation projects within Uniting as it creates a sustainable and client-market focussed future.”