The campaign utilises APN Outdoor’s premium billboard format The LUX Collection as a key part of its media strategy.

Launched in 2013, The LUX Collection is comprised of 75 strategically located billboard sites in the five major metropolitan cities across Australia. The LUX Collection features the latest in LED technology to illuminate advertising campaigns for supreme impact and unrivalled exposure and is synonymous with high-end brands. For ease of purchase, The LUX Collection is available with a flexible two-week booking option.

A study conducted by APN Outdoor uncovered that 81 per cent of all people notice Billboards on major arterial roads and 34 per cent of people strongly agree that Billboards improve a brand’s status.

Maybelline NY’s campaign is running on APN Outdoor’s billboard network in Sydney, Melbourne, Brisbane, Adelaide and Perth and lighting up the streets with its eye-catching creative developed by creative agency McCann Melbourne. 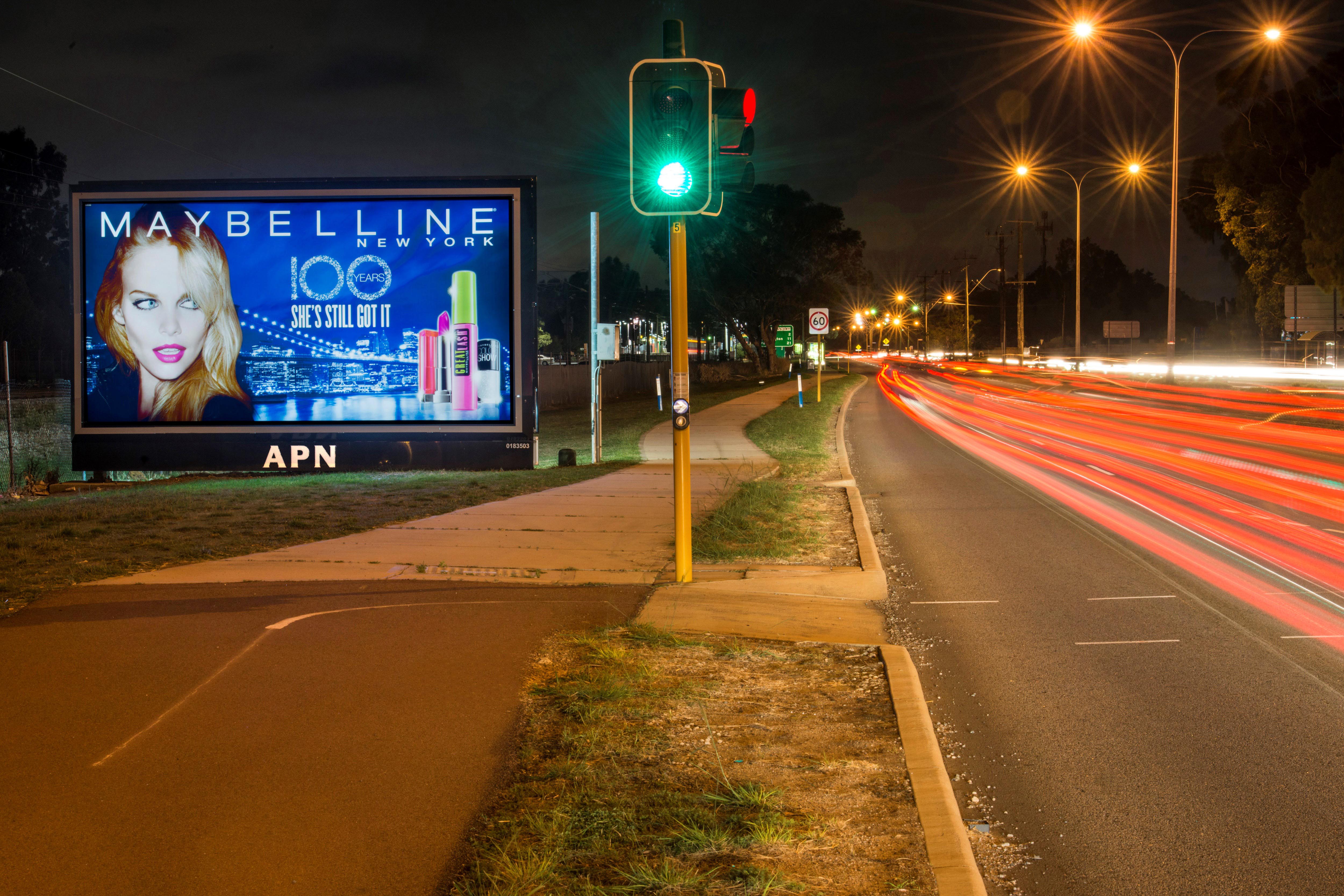 Aurelie de Cremiers, marketing director, Maybelline NY commented, “Maybelline NY’s 100 Year Anniversary is a massive milestone for the brand and we wanted to do something special to highlight the significance of the campaign. APN Outdoor’s LUX Collection was the perfect medium to not only gain mass reach, but also cut through using the lighting which really makes the creative pop, particularly at night giving the sense of celebration.”

Further findings from APN Outdoor’s research have found that 77 per cent of people who notice billboards believe they are effective at reaching them while they drive.

Mark Fairhurst, general manager – sales, APN Outdoor also commented, “The premium LED lighting system behind our LUX Collection results in perfectly even, illuminated creative for our advertisers all year round. That said, as we move into the cooler months The LUX Collection really hits its stride with the shorter days and earlier sunsets showcasing the format’s ability to shine bright and provide the ultimate in large format cut-through. We congratulate Maybelline NY on taking advantage of LUX’s special lighting features to create a campaign that truly stands out.”

Maybelline NY’s large format billboard campaign is currently live on APN Outdoor’s billboard network and will be running through to the end of the month.