In this guest post, Atomic 212° CEO Jason Dooris (pictured below) explores whether or not marketing and advertising is really the correct forum for brands to leverage themes that are sensitive to its consumers. 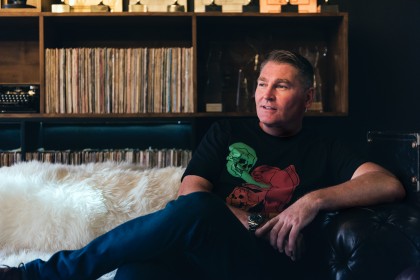 While the selfie-snapping members of Gen Y are often criticised for being self-absorbed and vain, Millennials are actually some of the most socially responsible members of society, which is helping to lead a serious shift in marketers’ mindsets.

At this year’s Cannes Lions, Titanium & Integrated juror John Mescall said successful marketing agencies of tomorrow would be the ones that “create work not only designed to live in the world, but also to somehow move the world forwards”.

His insight was based on the fact that a number of the festival’s big winners were for campaigns that didn’t just focus on the client’s product, but also aimed to create social change.

Issues such as equality, domestic violence or even voting rights were given air time in campaigns for investment companies, beer or telecom carriers.

And it’s not just a case of the awards trying to look responsible or edgy by saying the best ads are the ones that try to make the world a better place – it actually makes sense from an economic point of view.

Nielsen’s 2015 Global Corporate Sustainability Report found that 66 per cent of global consumers say they’re willing to pay more for sustainable brands – a number that was even higher, at 73 per cent, among Millennials.

There is undoubtedly a benefit for these corporations to leverage themes that are sensitive to its consumers – it evokes emotion, passion and demonstrates a brand’s social awareness.

But is marketing and advertising really the correct forum for this? Are brands ‘using’ or ‘exploiting’ the sensitivity of a given issue for their own benefit?

Take the phenom that is Fearless Girl (main picture), which took out the Titanium Grand Prix at Cannes this year.

It promotes a fantastic message, championing corporate gender diversity, and has received global attention to the point that it is now one of the must-see attractions when visiting New York. Now it’s a regular occurrence for dozens of people to wait in line to get a snap posing, hands on hips, next to Fearless Girl.

Installed in March of this year, the statue was supposed to be in place for a week, then a month. Fearless Girl remains in place on Wall Street to this day, with public advocate for the City of New York Letitia James having implored Mayor Bill de Blasio to make the statue a permanent fixture.

And yet it has been incredibly divisive. While it is undoubtedly a fabulous sculpture by artist Kristen Visbal, Fearless Girl is also a brilliant piece of advertising for State Street Corporation – a centuries-old financial services holding company with offices all over the world.

Specifically, a plaque at the base of the statue reads, “Know the power of women in leadership. SHE makes a difference”. It’s a great message to the corporate world, however, “SHE” is also the NASDAQ ticker for State Street’s SPDR Gender Diversity Index, founded in 2016.

Indeed, NASDAQ published a piece calling the statue out as “a sly (perhaps too sly) ad by State Street”.

“While also sending a nice message, to think that State Street would have done this without having SHE in its fund line-up just doesn’t seem likely,” Eric Dutram of Zacks.com wrote.

“If so, why didn’t they debut this years ago? And at the same time, it was a stroke of genius to not try and put the statue out last year when the fund launched, as that clearly would have been seen as an ad.

“So, by putting out the statue this year, State Street gets a feel-good story in the news about an in-focus issue, and apparently, the chance for their statue/ad to be face-to-face with one of the most iconic images in all of American finance.”

The iconic image to which Dr Dutram is referring is of course Charging Bull, the three-tonne bronze statue which artist Arturo Di Modica created and installed – using hundreds of thousands of his own dollars – following the 1987 stock market crash.

Charging Bull was intended to be a symbol of the “strength and power of the American people”, so it’s perhaps unsurprising that Di Modica is not impressed with Fearless Girl, calling it “an advertising trick”.

But while both Dutram and Di Modica raise valid points – the statue may be an ad, put in place purely for a multi-billion-dollar company to increase its bottom line – is it really such a disaster, particularly if Fearless Girl leads to more women in the boardroom, or if it at least sparks important conversations about gender equality?

An interesting anecdote makes the point for me. A few weeks ago, a couple of rabble-rouser lads made a point of posing with Fearless Girl making unimpressed faces.

A woman called them out for being sexist, which was clearly what they had hoped would happen.

“This isn’t a symbol of feminism,” one of the young men said. “It’s an ad for corporate America.”

Check mate. And it’s perhaps the question we should ask when it comes to ‘goodvertising’ – there may be an ulterior motive, but is that really such a bad thing if the story told makes a positive difference in the world?