In this guest post, B&T regular and CEO of Atomic 212, Jason Dooris (pictured below), says Australia becoming a player in the space race is smart thinking for the nation’s smart thinkers…

The news in late September that Australia is finally going to join the space race – we’ll be the second-last OECD nation to get involved – could be the kick in the pants for our nation to start walking the walk and making innovation the focus of our economy. 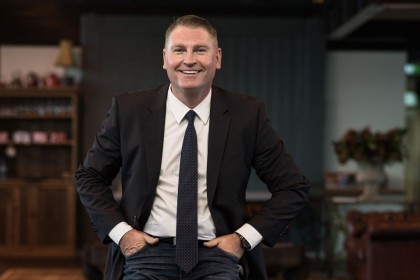 But where other industries may see this shift as an attack on their way of business, agencies should embrace the possibilities it presents, because innovation is and should always be at the core of what we do.

By having an Australian space agency, it could work towards building Australia up in the innovation stakes, which should in turn reduce brain drain and nurture a significant talent base in Australia. For communications agencies, where issues like brain drain are already a major issue and where technology and innovation are key business drivers, anything that can keep our best minds Down Under will ultimately be a boon.

What’s more, the creation of an entirely new industry within Aussie borders will hopefully open the floodgates for a stream of innovative new clients.

While we’re a tremendously wealthy nation, so much of that wealth has come largely on the back of luck – we like to espouse that we’re the ‘Lucky Country’, but what’s often forgotten is that Donald Horne’s 1964 book where the phrase originated was actually a criticism.

And though Horne later clarified he didn’t mean our luck was the result of our material resources, Australia’s wealth and prosperity have come in no small part due to our primary industries – from the gold rushes of the mid-19th Century to the mining boom that is only now tapering off.

What’s more, the announcement of our own space agency is belated confirmation that what we pull out of the ground is no longer a sustainable basis for our nation’s financial stability.

When we talk space agencies, the mind tends to wander towards thoughts of boldly going where no one has gone before, making contact with alien civilisations, and getting ‘friendly’ with green women a la Captain Kirk. But the reality is that most nations’ space agencies are based around the advantages they present for life on Earth – not least being able to end reliance on countries such as Australia for minerals.

NASA have stated their aim to redirect an asteroid to orbit the moon for the purpose of astronauts then being able to “explore it and return with samples” as soon as the 2020s.

But where the American agency primarily sees this as a means of preparing for further space exploration, other countries – and indeed the private sector – regard this as the final frontier of mining. In fact, near-Earth asteroids have already been identified based on the resources for which they would yield and how cost-effective they would be.

The financial feasibility of these plans admittedly remains up for debate, but we face the very real possibility that Australia’s mineral wealth will be seriously undermined via what’s mined in space.

Why would we want a space agency?

So why would we want to help develop the techniques and technology that could ultimately pull the rug out from underneath our mineral wealth?

Mainly because space is a $420 billion industry and Australia is worth just $3 billion of that amount – basically, we’re suckers to have waited this long to get more involved.

Satellites have become integral in our globally connected world, and have gone from the size of buses to shoeboxes. Coupled with the fact rockets are now both usable and 3D-printable, the barriers to having a satellite orbiting Earth gathering and relaying priceless data about our planet have been lowered to the point startups are getting in on the action.

But perhaps the best aspect of having our own space agency is it means we can start to battle the brain drain in this industry. This is where the benefit for Australian agencies come in. Innovation and technology are core determinants of business success in agency land, and anything we can do to make Australia an attractive hub for the world’s greatest minds will have a positive flow on effect for any industries that thrive on innovation and ideas.

Speaking on Triple J’s Hack, Brad Tucker, an astronomer from the Australian National University, said many of Australia’s best minds are going overseas to pursue opportunities in space.

“We train lots of great people and they find jobs elsewhere,” he said.

Perhaps the biggest appeal of our own space agency is that it feels like one of the first legitimate indicators that the government’s long-vaunted ‘Ideas Boom’ was more than just an advertising campaign.

Whether through luck or not, Australia has a tremendously well educated and trained population, so it just makes sense that we shift our economy to one that relies on minds rather than mines.

And while we in agency land have long been aware that great ideas are our most powerful resource, we still stand to be big-time beneficiaries as more brain-centric industries emerge, or businesses shift that way, because it will dramatically increase the talent pool.

One of the wonderful things about advertising is that it relies on so many different skillsets. While it seems like an industry made for outgoing networkers, just as important are the brilliant minds who can analyse numbers and data – folks with a STEM background are critical. Technologists, strategists, econometric statisticians … all vital roles in marketing which have innovation at their very heart.

And that’s another wonderful thing about advertising – the best agencies are constantly on the lookout for people with skillsets that may seem to be completely at odds with our core business, because they’re usually the ones who come up with revolutionary ideas.

I don’t claim to know what an aeronautical engineer, astrophysics scientists or even test pilot could bring to our industry, but who in the ‘90s – or even early 2000s – would have thought machines would be doing most of our buying? And yet programmatic spending is completely revolutionising the industry, allowing countless of our best minds to shift from doing what was effectively data entry to instead think about improving aspects of data analysis, customer service, digital marketing and advertising channels.

Space may be the final frontier, but the lessons learnt up there have been proven again and again to have massive benefits for those of us with our feet firmly planted on terra firma – and as the folk from Down Under head to the stars above, we will surely see a boost in innovation across the country.