In his latest B&T column, Atomic 212° supremo, Jason Dooris, takes a look at ‘white labelling’, or why so many agencies can’t/won’t/don’t outsource the tricky stuff…

My son recently asked me how to build a rocket. I wondered if at 11 he would think any less of me as a father for not knowing how to build one. I asked, “What kind of rocket?” He said, “One capable of exiting the Earth’s atmosphere and returning in one piece with a camera activated to film and distribute footage of re-entry into the atmosphere.” He likes to dream big, my son. Without a second thought, I responded: “Of course I can help!”

He smiled, looked at me with pride and said: “Dad, I knew you would know what to do.” 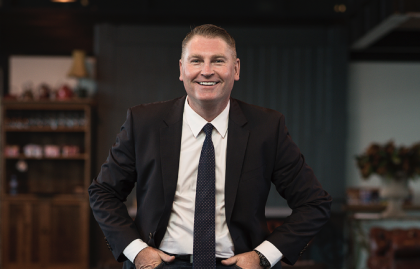 Suddenly we were both happy. My son was confident in my ability to meet the demands of his brief while I was confident that I could find someone to build a rocket. After all, you can buy a rocket in a toy shop, put a man on the moon or a monkey on Venus. I tucked him into bed and muttered that we could discuss budget in the morning.

He had successfully outsourced his project, just as I would need to find partners to make his project a reality. Or is this better described as collaboration rather than outsourcing? Or matching his requirements with the most relevant skills? He slipped off to sleep dreaming of rockets and space, as did I.

This thought of collaboration, outsourcing or ‘white labelling’ has really stuck with me recently. Partly because of its contribution to the early growth of our business, whereby we bolstered our bottom line by handling a range of client briefs for third parties and other agencies. Partly because of its ongoing importance to our business – not only do we continue to service a range of blue chip clients in a white label capacity, we frequently outsource or collaborate with specialist agencies when our clients need niche skillsets (for instance, our recent projects across VR, AR and martech have all involved collaboration with specialist third parties).  But mainly because of the negativity attached to terms like white labelling or outsourcing in our industry.

But in a time where technology dominates and drives consumer behaviour, where rapid change is the new norm, where large businesses have difficulty evolving rapidly, how can any one agency expect to have all the answers in all scenarios? If a client wants to push into unfamiliar territory, the smartest agencies work with a partner, they share and leverage their credentials as a demonstration of confidence and clarity in meeting this new client challenge – whether it’s building a rocket, constructing a complex mobile app or even something as simple as running a focus group.

Collaboration works for everybody. Most clients want a trusted advisor. They want to sell stuff, meet targets and have a pain-free, educational experience. They love collaboration, and enjoy those rare moments when agencies work well together. They will pay for strong results, and don’t care whether those results are achieved by a single agency or by a collaborative group. And if the work of a collaborative group is presented and branded under a single master agency, why would the client care, provided the master agency is accountable for the quality and the results, and provided any specialist partners are satisfied with the terms of their agency agreement.

Does this mean that we, as agencies, are the problem? Does this mean that our fear of words like collaboration and white labelling, or more accurately, our fear of being seen as a business that outsources, is holding us back? Almost certainly these questions should be answered in the affirmative. Fear is synonymous with fortresses, castles, weapons, blood, battle cries and a raft of other caricatures of inter-agency relations. Today these caricatures have been replaced with lawyers, non-disclosure agreements, threats and denials. They are guarded by account managers armed with protected P&Ls and agency-of-record service contracts.

Agencies that break this mould, who openly embrace collaboration and cross-selling, will emerge the winners in the long run. A perfect example of this is Dentsu’s Posterscope – the multinational agency group Dentsu has developed a best-in-class specialist model that services other agencies. They are pioneers of agency collaboration, but I’m certain some agencies would refuse to work with them (or would never admit to working with them) simply because they belong to a competitor multinational. This attitude is narrow-minded. Another strong example is Mat Baxter’s efforts with multinational giant UM on the local scene – while Mediabrands has an enormous array of services under its roof, Baxter’s UM clearly embraces and sources best practice, both internally and externally.

The reality is that white labelling and outsourcing are widespread, but rarely spoken about publicly by media agencies. It’s the industry’s dirty little secret, which shouldn’t really be dirty at all. Atomic 212°’s first experience with white labelling was when a top three global agency outsourced their weekly client and staff insight reports to our data team. This made sense for both parties, as search and data insights were ingrained in Atomic 212°’s DNA due to our origins in search marketing. Email, data, CRM, coding, forecasting, mobile, content, modelling, the list goes on – and with each of these specialist skillsets you can bet your bottom dollar there is usually an outsourcing relationship.

As an agency, we have been delighted to be exposed to briefs from some of the world’s most complex or renowned brands via white label arrangements. This was particularly the case in our formative years – as an independent agency it was rare for large multinational clients to approach a local independent agency directly. Through the oh-so-dirty practice of white labelling, we were exposed to opportunities from global giants like American Express, Nike, Atlassian and even an exciting Alibaba-funded initiative – in many cases these brands probably didn’t even know they were working with a local agency. Hopefully what they did know was that they got a better and improved business result, and that’s what counts. This same practice also gave us access to domestic giants like Coles, Origin Energy and Telstra. At the same time, our agency was exposed to a broader set of skills in an increasingly fragmented marketing landscape, which cemented our reputation, ability and effectiveness.

A more transparent, collaborative future is inevitable. With this evolution, there will of course be chinks. For instance, who will lay claim to the role of strategic lead or agency lead, or perhaps lead technology agency? Even the seemingly clear-cut area of agency billings is murkier in a world of outsourcing and subcontracting – when three or four businesses are contributing to the same service, shouldn’t they all be able to claim the billings? Does it even matter, particularly when you consider that billings are no true measure of an agency’s health? Another example – in a white labelling landscape, who should take credit in awards entries? Could a media agency who uses Google Analytics rightfully claim an award which they could not have won without the systems, tools and strategic input of Google? This is particularly relevant in a landscape where ‘media owners’ are increasingly acting like agencies in their own right.

Chinks aside, this is a future that agencies and marketeers alike need to embrace. Most of us already do it, but it’s past time we started talking about it. This evolution has truly gathered pace in the past twelve months, which is exciting. If agencies are more open to collaboration, we really can build that rocket.