American Matt Oczkowski (pictured below), head of product at Cambridge Analytica, was one of Donald Trump’s chief advisors for all things data during his Presidential campaign and ultimate victory. Here he talks to B&T ahead of his presentation at ADMA’s Data Day in Sydney this coming Monday… 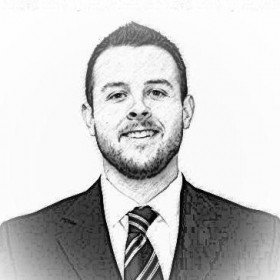 You worked closely on the Trump campaign, tell me how data and analytics helped Trump win?
We were fortunate enough to work with a campaign leadership team that really bought into the idea of a data-driven campaign. Nearly everything we did was influenced by the data program – from analysing the most optimal destinations for Mr Trump’s travel schedule to planning media buys.
At the end of the day, good candidates with good messages win elections but data science helps on the margins. When you have a race that is going to be determined by a few percentage points (thousands of votes), optimising every department within the campaign becomes crucial.
We helped the campaign figure out who they should be talking to and what they should be saying to those individuals to motivate them to action. The result of the campaign proves that moving the right voters with the right message can have dramatic results on the election.
From that perspective, where do you think the Clinton camp floundered?
From what little I know of the Clinton operation, it seemed that they had quite a robust data operation that was full of seasoned professionals. That said, we worked to build a data operation that was specific to the candidate that we were working for. Given the fact that one tweet could dramatically change the emotion of the entire electorate, we had to build a system that allows us to track the ripples in the water.
This system allowed us to track movement on a daily basis and help us see trends within the electorate far before our competition. We saw this reflected in things like media buys and candidate travel schedules. The added benefit of having first party data from within the campaign was also a huge advantage.
You’re speaking at the ADMA’s Data Day on Monday, what can attendees expect?
Campaigns share a lot more similarities to start-ups than most people realize. The idea that within a year-and-a-half an organisation can hire thousands of employees, raise hundreds of millions of dollars, and win the majority of the market share is an all too familiar path for many large organisations.
In my specific experience during the 2016 cycle, we only had five months to build a data and digital operation from the ground up. I’ll discuss how we did it, and the factors that went into understanding the trends that predicted the election.
How much is human intuition being removed from decision making, replace by an algorithm? What are the dangers in that?
What we do is both an art and a science. I don’t foresee a scenario where algorithms will take the human element out of communicating with voters or consumers. There is a delicate balance that needs to be struck between the two – too much reliance purely on a data science program can lead to errors based on over-analysis, similarly, too much gut intuition may not take into account subtle changes in the electorate that are too difficult to see at face value.
From what we’re seeing now, how do you see marketing change in the coming, say, five years? What will the marketer of the future look like? What skills will they need to be equipped with?
Marketing has been slowly moving away from the traditional (Mad Men) style approach where blind creativity and intuition were the primary drivers behind the decision making process. Today, a well-rounded marketing professional relies much more on hard technical skills than ever before. The rise of basic marketing analytics and testing, alongside buy-in for more advanced machine learning and development approaches, has forced the industry towards more of the hard sciences.
The channels that we are using to communicate to individuals are advancing at a faster rate than our ability to understand the effect that existing mediums have on persuasion and mobilisation. Marketers are now required to stay on top of advancing technologies across social media, ad tech, and network analysis. As the industry is going through a period of stark advancement, markets need to be able to keep up.
What do you see as the downside of all this data (a Trump Presidency aside!!!)? Where’s the line between benefit and plain creepy?
Privacy is always a big concern when it comes to any big data program. Our aim is to deliver a more personalised marketing experience for our clients. Much of what we do is aggregating people into accurately defined groups, not about diving into individual traits and attitudes.
Advertise with us
Connect with:
LinkedIn