In this guest post, Sarah Wyse (pictured below) – chief revenue officer at Allure Media and founder of Wyse Women – explains why now is the time to hit the issue of gender diversity on the head. 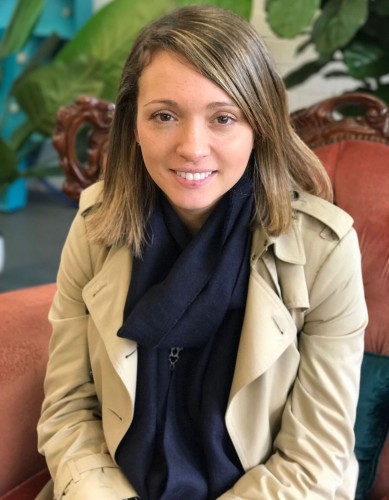 Much has been spoken about the issue of gender diversity in our industry over the past week and the lack of women appearing on panels. We have talked about it, written about it, voiced our disdain and hashtagged about it. However, now is the time to leverage this momentum and take action.

Before I kick off, it is worth just reminding ourselves why this needs to be addressed: panels made up of only men suggest that women’s views are not valued. Importantly, this isn’t a message we want to send to our peers or younger generations, and it has been proven time and time again that the inclusion of women on panels, events and in leadership positions can positively impact a company’s bottom line.

When we first started thinking about this, there were an overwhelming number of questions we wanted answered: why don’t we have equal representation of men and women on panels? Why don’t we have enough senior women in our industry? Why are we still talking about these issues year after year after year? Wyse Women has spent the past nine months with hundreds of women in the media, marketing and communications industry understanding how they feel about the opportunities available to them, their priorities and career aspirations including their attitudes towards pubic speaking. Some of the research we have attained is quite eye-opening, and whilst we firmly believe this is the output of a series of deeper rooted challenges within the industry, it’s important that we understand where these thoughts come from if we are going to make a positive change.

Why are we not seeing more women on panels?

There are so many reasons cited for why we rarely see equal representation on a panel and it can be tough to distinguish the excuses from the reality (Google Dr James Fox’s ‘conference bingo’ when you have a spare minute – it makes for an amusing read). Whilst there is certainly truth in the fact that there are less women in senior positions, hence making for a smaller pool of senior candidates, an interesting panel discussion doesn’t need to include only the most senior or most experienced – it is the different perspectives from a diverse group of people that encourages lively conversation.

So, what about the idea that women don’t volunteer themselves as freely as men? Wyse Women surveyed close to 400 professional women aged between 30 and 50 in October 2016 with the aim of understanding their desire to undertake flexible work and their career priorities and aspirations.

We have also spoken to our female friends and colleagues in the industry with mixed backgrounds and different levels of seniority and the feedback was similar and quite confronting – it largely came down to confidence. Some were nervous by the thought of public speaking, others lacked confidence in their opinions, some feared being ridiculed and others questioned their ability to tackle challenges. We can criticise these views, but the unfortunate truth is that for many women this is their reality.

There are many factors that have contributed to this lack of confidence, and a large part of it comes from years of being knocked back, the feeling of having to prove themselves over and over, having to watch their male counterparts earn more money than them, fighting for their positions after going on maternity leave and feeling isolated and unsupported when returning to work after an extended period of leave. Whilst many of us may not have firsthand experience of this treatment, we must all recognise that these practices exist and that these experiences gradually chip away at self-confidence until suddenly we are left with a large portion of the female workforce questioning their value and contribution.

The other popular explanation is that businesses are putting forward more male than female candidates. Is this because women aren’t putting their hands up? Is this because they lack confidence? Perhaps they aren’t moving into senior positions because they lack the sort of exposure they would achieve by talking on a panel? Perhaps lack of self-confidence prevents them from applying for the top jobs? It feels like we are starting to go around in circles. Then, not to be ignored, is the power of needing to ‘see it to be it’, and with less women in senior positions, we have less female role models for the younger generations. This is a critical piece that we will come back to another time, but one that is so very important. Actress Geena Davis has even started an initiative called See Jane, which talks specifically about the impact that poor representation of women in the film and media industry has on our children. Her tagline “If she can see it, she can be it” perfectly sums up why we need to make a conscious effort to include women publicly at events and speaking panels.

What can we do about it?

Well, the good news is that we have a few suggestions, and they are things that can be done today – and need to be done today. There are no excuses now – our businesses need to support us, our industry needs to come together and advocate change and we, as women, also need to take action ourselves.

Here are just a few of the things we can all do right now:

Businesses: talk to your female workforce and understand the blocks they are facing. If it’s fear of public speaking, offer them support and training. If you have a limited senior female workforce, then put steps in place today to tackle this (see our suggestions below), but also help to upskill and empower the women you do have. There will be a lot of women in your workforce more than capable of talking on a panel – you just need to identify and help them overcome the barriers preventing them from doing so.

Event organisers: you need to set an example and commit to more balanced panels. Rather than focusing on seniority as the main criteria, instead look for diversity. Work with female speakers to ensure they feel comfortable with the format, host practice sessions, provide help and guidance, and provide accurate post-reporting to remove the concern of being misquoted.

Senior women: offer your time as a mentor to younger colleagues. If you are happy to speak on a panel but haven’t been approached, actively approach event companies to offer your services and add yourself to directories of women happy to speak publicly (such as Peggy’s List).

ALL women: speak to your employers and actively seek support in overcoming barriers that are preventing you from speaking in public. Engage senior members of the industry and seek a mentor who can help you develop. Encourage, praise and support your female co-workers who put themselves forward for panels.

Men: support your female colleagues and recommend them for speaking opportunities that are in their areas of expertise. You can also ask the event organisers who is on the panel when you are invited so you can see that you’ll be speaking on a panel that has gender diversity.

There is no doubt that there are deeper issues at play which won’t be solved overnight, but I hope through open minds and conversations that we can start to make positive change, attracting a more diverse and well-represented workforce (and I don’t just mean gender diversity, as we also have a long way to go in other areas such as culture and ethnicity).