Spotify has unveiled its 2019 wrapped campaign, leveraging its insights to celebrate the quirky and wonderful ways people worldwide have listened to their favourite music and podcasts through the year, and the decade.

The campaign will be live across OOH, digital, social and TV (select markets) in 21 markets (North America, LATAM, Asia, Australia, Japan and more) and features dozens of artists, including Mariah Carey, Lil Nas X, John Legend, and Tones And I.

“How do you dance to a decade’s worth of data? Especially when the last ten years have been so wild, and had such a compelling soundtrack,” said Alex Bodman, global ECD at Spotify.

“With a Decade Wrapped, we celebrate and show appreciation for the fortunate role we’ve been able to play over the last decade: connecting the world’s best fans with the world’s best creators. We hope we’ll remind people of the moments this decade that inspired them to smile, share, laugh – or sometimes just scratch their head. In many ways, it’s a campaign ten years in the making.”

“Our annual Wrapped campaign celebrates Spotify’s listeners and creators from around the world. We’re putting our fans in the driver’s seat with a unique opportunity to discover and share their musical identity,” said June Sauvaget, Spotify’s global head of consumer & product marketing. 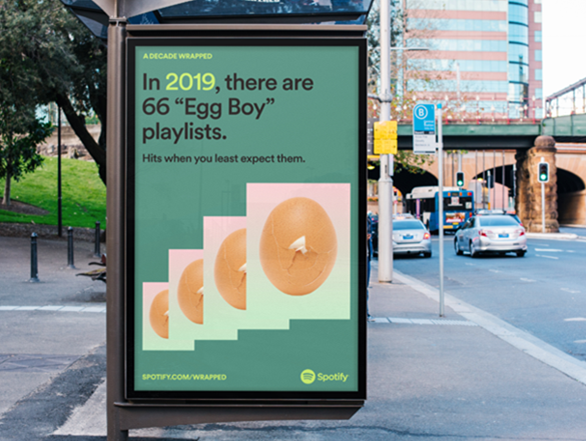 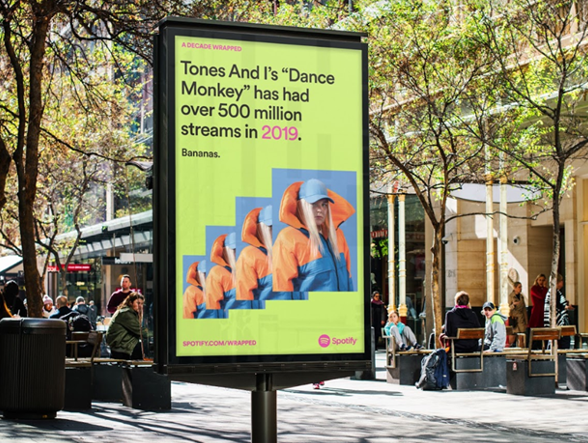 “We’re excited to step this up in 2019, and lets users explore how their taste has evolved not just over one year, but for an entire decade on Spotify”.

In Australia, the paid media campaign, which starts rolling out today, includes out of home advertising in Sydney, Melbourne, and Brisbane, as well as digital, social, and cinema. It features artists including Post Malone, Billie Eilish, Tones And I, Lorde, Jessica Mauboy, Tame Impala, and PNAU. As well as nods to “Egg Boy”, the podcast SHAMELESS, and even Rebecca Black.

For YouTube, a super cut of artists who featured in Spotify’s sold-out Front Left Live playlist event earlier in the year in Melbourne, talking about their year, and decade, in music. The videos feature Tove Lo, Dominic Fike, girl in red, BENEE, and Electric Fields.

And in continued celebration of Spotify’s annual Wrapped cultural moment and the Aussie Summer, Spotify has teamed up with Amy Shark, Dean Lewis, Jessica Mauboy, and Tones And I to giveaway free, artist-themed Spotify slushies to fans in Melbourne and Sydney. 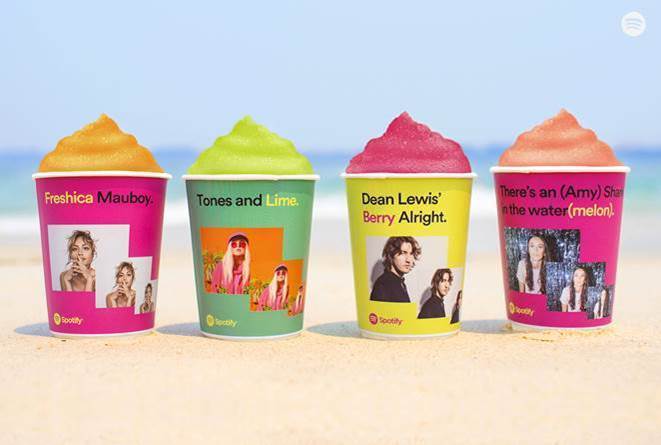 The top lists are released annually and act as a cultural barometer that generates worldwide press attention and the personalised Wrapped experience dominates social media feeds across the world, with fans clamouring to share their year (and now, their decade) in listening.

Spotify’s personalised Wrapped experience is available at www.spotify.com/au/wrapped/, and for the first time, also available directly within the Spotify app.