Can ad blocking and online advertising work together?


In this piece from The Conversation, David Tuffley, a senior lecturer in applied ethics and socio-technical studies at Griffith University delves into the world of ad blocking and online advertising – trying to find a way where they can both work.

How online advertising can work in a world of ad blockers

Ask online advertisers what their biggest headache is today, and they will probably say ad blockers, which are browser extensions and add-ons that can remove adverts from websites.

The growth of ad blocking has been followed closely by Dublin-based PageFair, a group looking to find a way for online advertising to survive. In its third annual study, published in August last year, it revealed that ad blockers are costing around US$22 billion a year in lost revenue.

With around 200 million active users and rising, the loss of revenue is already disrupting the industry, with worse to come as more people get on board.

For many advertisers and publishers, the next 12 to 18 months will see a tipping point, as the gap between the cost of doing business and dwindling revenue widens.

The reality is that ad blockers are here to stay, and so is online advertising. The problem lies at both ends of the spectrum; those who want something for nothing and everything for free, and with those at the other end who push profit over propriety.

Since much content on the web is only possible through advertising, the challenge is to find a way that works for everyone.

How advertisers are responding

Advertisers are countering ad blockers in various ways, such as cajoling the user to white list them so the adverts show up, erecting pay walls or finding ways to circumvent ad blockers.

Some say they don’t care about ad blockers because it saves money on pay-per-click ads by separating out the people who were never going to buy.

Rather than trying to circumvent ad blockers or pretend they don’t matter, online advertisers need to negotiate a workable compromise by producing content that people want to consume. They need to engage people in a win-win dialogue that ultimately leads to a conversion.

Advertisers could hire new categories of creative talent who can leverage social media and mobile platforms to connect with people in new ways. There will be much trial and error before getting things right so clients will need to be understanding.

Advertisers may also decide, for pragmatic reasons, to produce quality online content that meets a typical ad blocker’s published guidelines. These are based on what people say they do not like. For example, Adblock Plus says it would probably white list ads that avoid some of these these features:

And sometimes online ad placement goes terribly wrong simply because it can.

Apart from avoiding these annoying or objectionable tactics, what else can online advertisers do? They might do more high quality native advertising. These are sponsored articles that match the form and style of a publication, but which contain a clear message and call to action.

Some would argue that native advertising is deceptive. However, if it is clearly identified as sponsored content and is of high quality, it is arguably acceptable and people will consume it.

When Netflix wanted to promote its Narcos series, it commissioned a well-written piece of native advertising that appeared in the Wall Street Journal that tells the story of cocaine as a business. This follows an earlier piece in the New York Times advertising Orange is the New Black.

Native advertising and sponsored content generally calls for careful editorial judgement. It can backfire badly if the readership is misjudged. For example, in January 2013, The Atlantic ran paid advertorial from the Church of Scientology praising its leader David Miscavige.

A strong reader backlash prompted the magazine to retract the ad and publish an apology the next day. The incident did some damage to the magazine’s reputation.

If online advertising is to survive, it needs to learn fast from the ad blocking lesson. If people don’t like something they will find a way to avoid or get rid of it.

So advertisers need to understand what people do like, what doesn’t annoy or offend. That’s something the biggest players on the internet – Google, Apple and Facebook for example – are trying to figure out.

People like relevance. Ads will be interesting if they are relevant to what people are doing online. Google tries to do this with its targeted advertising links that appear on the right side of the search results page that are linked to the topic of the search.

And online advertising is one of the biggest earners for Google with year-on-year revenue up 17% to US$19-billion for the final three months of 2015, according to parent company ABC’s latest financial report.

Any online ad should also give enough contextual information to let the reader know what to expect, helping them to make informed choices. And the link should not deceive the user into clicking on it.

People hate interstitial ads, those whole page pop-ups that dominate the screen. You cannot proceed until you either sign up or find an obscure button. Even worse is no button; you are trapped. And that’s when they look to install an ad blocker.

This article was originally published on The Conversation. Read the original article.

For more about online and digital advertising, make sure you check out ADMA’s numerous courses here. 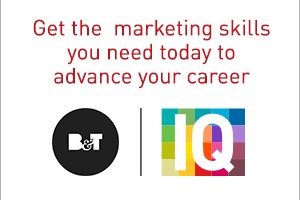