Richard Dickson president and COO of Mattel has told the audience at Adobe’s Marketing Summit in Las Vegas that his company lost its way when it became a packaged goods company and ceased to be a creative company.

Most famous for Barbie, Mattel also owns such brands as Fisher Price, Hot Wheels and Thomas the Tank Engine to name but a few. Significantly however, argues Dickson, when it first started in 1945 it was known as Mattel Creations.

In any brands history, you need to understand what made you special in the first place. What was the secret sauce in the first place? For Mattel, Dickson said it was creativity, innovation and a willingness to embrace ambiguity.

“Our founders bet everything on revolutionary new medium: television,” he said. “To engage kids with brands long before anyone talked about your content strategy.” 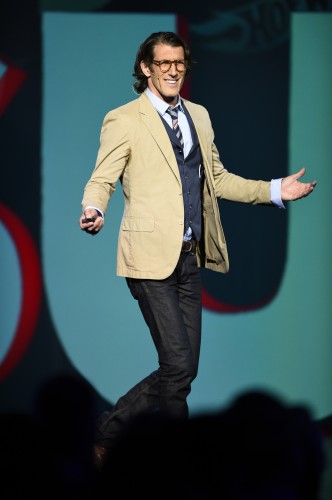 However despite its sustained success through innovation, along the way the company lost its appetite for risk. Meanwhile, the world also changed.

“Play was seen through the prism of child development. It’s not just good enough to play. We have to play with purpose. As soon as they come out of the womb we have to get them to the steps of Harvard.

“The competition we were experiencing wasn’t just toy companies, but media companies and technology companies, all competing for attention. And the 30 second television spot had evolved into an omni-channel world.”

This argues Dickson, is where Mattell failed.

“We repeated what worked, rather than fearing the status quo. We had devolved from an innovations creative company into a packaged goods company. We made decisions without purpose. And everybody from Wall Street to kids noticed. We lost our way.”

Dickson also said his company’s silence on the furor that evolved like a train wreck in slow motion over Barbie’s famous waistline was driven out of a fear of getting it wrong. Of course doing nothing was perhaps the biggest mistake of all as poor old Barbie became a pariah.

“Not knowing what Barbie stood for and didn’t stand for made brand decision making subjective and inconsistent.

“We needed to reboot Barbie and disrupt the category that we had created. We began by listening to our customers and culture. Rapid relevance was the only way out. For Barbie to succeed girls needed to love her again and mum’s needed to like her a bit more.

However, the question still remained: What was Barbie all about? Not just her body, but what did Barbie actually stand for? The result was the following social media campaign.

“Here was a company that had been built on thirty second commercials for years achieving its greatest marketing success and boldest move in social media. This major perceptual shift has enabled us and encouraged us to go forward with the boldest and most disruptive component of our plan, which involved changing the fundamental appearance of one of the world’s most iconic products.

“Mattell’s silence on the subject was often perceived as resistance. The reality was the Mattell brand understood, we even sympathized with the concerns mums had. But the fear of making a mistake, of messing up the most popular toy ever led to silence and inaction,” he said.

The rest is history as chronicled in B&T, a cover story on Time Magazine and a trending topic on Yahoo. “This is content that money just can’t buy. Creative bold decisions that are changing the perception of the brand. And Barbie and Mattell a leading once again.”