They’re the ones who are at the forefront of the media at the moment, the ones keeping afloat among all the fragmentation. And it’s high time we met these five wonderful winners in media from the B&T 30 Under 30 Awards.

As a wee little tyke Danni was quite taken with Agro and his cartoon collection. The wily puppet brought a smile to her face every Saturday morning. And the smile didn’t drop, not even when the ads came on. Born was an insatiable curiosity for TV and a desire to learn about media which led Danni to her illustrious career to date. 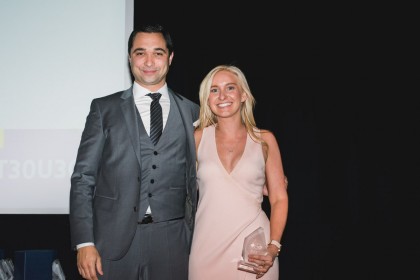 Snagging a place at one of the hottest social media companies around, Danni is currently the senior sales exec at Snapchat’s Australian office. It’s a small team, but they’re tasked with launching the brand’s commercial presence Down Under – no small feat!

While she’s been nominated for a number of awards and recognition already, Danni’s greatest achievement to date is her passionate work with Youth off the Streets. She is now a permanent volunteer with the charity’s Street Walk program and regularly spends her weeknights walking the streets, talking and assisting some of those in society far worse off.

After reading Sheryl Sandberg’s (chief commercial officer at Facebook) book Lean In, the most valuable lesson she took away from the book was treating your career like a jungle gym, rather than a corporate latter to climb. Sometimes the best move is across, not always up.

“Work hard and opportunities will present themselves. I feel this has rung true with my media career so far and will continue to do so,” she says.

“Success is different for a lot of people however as long as you’re learning and enjoying what you do, you’re succeeding.”

To say Yeesum is passionate about TV is an understatement. Having worked with some of the biggest production companies producing some of the biggest shows today, Yeesum is a TV guru. It all started for her one summer in New York City when she was working with NBC Universal. She was a marketing intern at 30 Rock and helped developed a drama pilot with four other interns, eventually presenting the winning pitch to the heads of the broadcaster. She spent the following five years in Los Angeles getting her hands dirty at Millar Gough Ink (known for SpiderMan and Smallville), producing branded content, and honing her skills in financing and operations by working with film producers. 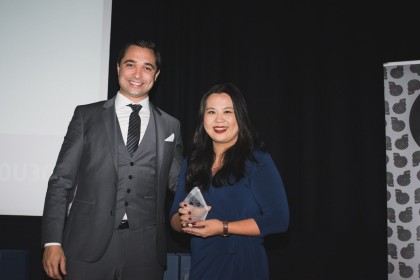 During this time, she also completed her Masters degree at the University of Southern California, as the youngest ever student in the Peter Stark Producing Program. She graduated with the Women in Film Award, the Rock Hudson Award and the Muller Award for outstanding work in motion picture producing.

During graduate school she landed the job business development manager at Shine America. One of her greatest achievements here was successfully pitching MasterChef China in Shanghai to CEO Mark Fennessy.

It’s what brought her to Shine Australia three years later. Here Yeesum has worked on hit reality shows such as MasterChef, The Voice, The Bachelor, Survivor, Biggest Loser and Top Model as well as being part of the development and production of The Great Australian Spelling Bee.

Realising relationships are key in this business, Yeesum founded a young, professional network for other media enthusiasts, called Motiv. It’s specifically tailored to those who are passionate about the content production and producing.

“I believe that the best way to future-proof our careers is by connecting to the right people, at the right time.”

Matthew’s submission last year told of his ultimate goal to reach the group sales manager role. And lo and behold, when writing this year’s submission for 30 Under 30 it gave him the opportunity to reflect back on the fact that he’s now made his goal, and his accolades along the way. 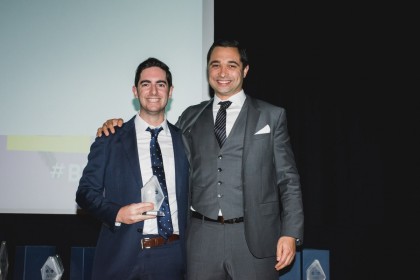 And his employer MCN has also noticed Matthew’s capabilities. He was awarded the MCN All Rounder award, a recognition of and MCN employee who embodies the company’s core values of knowledge, integrity, personal growth, innovation and passion.

On top of that, his abilities to be a stellar TV rep have earned Matthew the Mindshare TV Rep of the Year Award and a nomination for NSW TV Rep of the Media I Awards.

For Matthew, there’s two components that makes a solid leader; vision and a strong focus on people. Being the eldest in a large family, Matthew has the skills to communicate with numerous types of people. No doubt he probably had to hold a few siblings apart and negotiate. However, while enjoys being around people, a necessity for him in being a good leader, he doesn’t want to be seen as a people person. Rather he’d prefer to be seen as a leader figure that can inspire and instil confidence within his peers and work colleagues.

And we’re too email focused, he says. We’re in the communication industry, and yet most of the communicating is done electronically. We need to operate in more human elements.

“It would be interesting to see how many people who work with each other on a day-to-day basis have still not met face to face and are only a name behind an email,” he says. “‘Nice to e-meet you’ and ‘keyboard warrior’ are terms used too frequently.”

Hailing from the good ol’ country, Tyla’s media career has been centred on regional media papers. And boy has she done a stellar of a job! At the tender age of 18 she entered into a three-year cadetship with the Pastoral Times in Deniliquin before making the switch to the Riverine Herald as its digital editor. 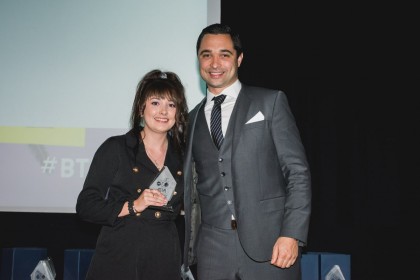 While her post was only supposed to be managing the country paper’s social media channels, country paper’s being what they were, Tyla would end up writing hordes for the paper’s three issues a week. Recently she was made editor of the paper’s newest magazine Bella, a bi-monthly magazine targeting women readers with strong, positive stories about what women in the twin towns are achieving.

As a journalist Tyla has delivered major exclusives for the paper, such as a series on domestic violence culminating in a dramatic interview with a well-known local doctor about her years of beating and abuse, exposed a $500,000 budget blowout in the maintenance of a council owned paddle steamer – a debt to be carried by ratepayers and championed a gay man’s local campaign for marriage equality, which saw Campaspe Shire reject its negative stance.

But despite being in the communications business, as an industry, we’re not as well versed in our own communication, believes Tyla. Her chatter with other journos shows it’s consistent across the board.

She’s the youngest editor at the McPherson Media Group – the group behind the Riverine Herald, and will be the only non-executive member of the company invited to take part in its five-year strategic planning. She’s also the only one under 40 that will attend the planning.

“I am a future leader because I am already a leader now and am making the most of some outstanding mentoring by our group editor, who has a long and high-profile career in metropolitan and regional media.”

During a tragic time her family was facing, Sammy found herself with a degree she wasn’t using, working at a bar in Newcastle and stuck in a rut. One morning she woke up with the realisation if she didn’t do something, nothing was going to change. Which is how, on that fateful day in 2010, she applied for a bunch of media roles in Sydney. She travelled to the city with her mum, interviewed at five different places on Tuesday, accepted a job on Thursday, moved to Sydney on Saturday and started as the new media sales coordinator at Telstra Media on Monday. 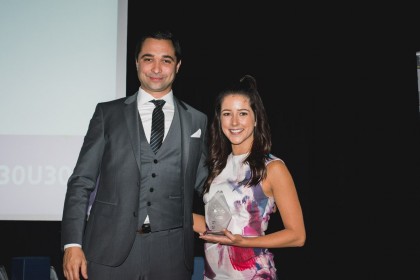 After Telstra she jumped ship to Big Mobile as an account manager, then onto REA Group in their media team. Recognising her talent, in June 2015 she won the coveted Media Sales Person of the Year Award. It meant she finished the 2015 financial year in the top one per cent of performers globally and had met and exceeded all assigned KPIs. Off the back of those results, she was promoted to group sales manager at just 27, something she didn’t think was possible before turning 30.

Still, she recognises the industry has an issue with gender diversity. “This year’s international women’s day once again, brought to light gender disparity,” she says.

“What struck me so resolutely this year however, was that the media industry still has a long way to go and discrimination based on gender remains rife in our broader industry. While some improvements have definitely been made, a lot of media companies have been very slow to adopt transparency in pay and superannuation during parental leave.”

However it’s showed her how grateful she is for working in REA Group.

“I am surrounded by ambitious, tenacious, strong women every day. I got to work every day feeling supported to achieve my best in every possible way.” 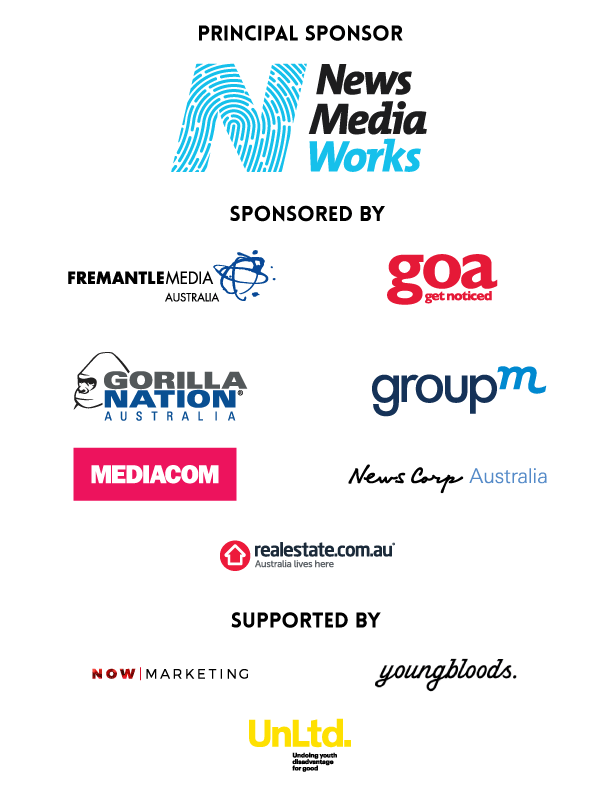