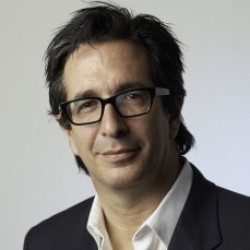 
In this guest post, Darren Woolley (pictured below), CEO at TrinityP3 Marketing Management Consultants, looks at programmatic trading and examines the best route for agencies…

There is much written about programmatic media buying and the remuneration models being deployed. The K2 Report on Media Transparency and Rebates commissioned by the ANA, highlighted the two most popular models being the “disclosed” and the “non-disclosed models”. 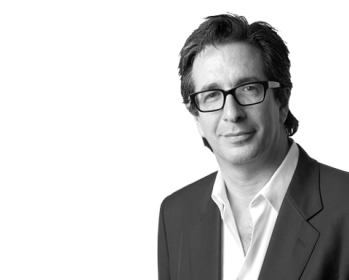 But there is a third more effective remuneration model, which is the performance media model.

Often they are also unaware that they have a number of options in regard to remuneration models for paying for these services, with the trading desk proposing a particular model.

From our experience the preference of the agency appears to be the non-disclosed model, or sometimes the choice between the disclosed and non-disclosed. But I have not personally heard of a programmatic trading desk recommending a performance-based model.

Let’s look at each of these options to see if we can determine why.

It is indicative of the preference of the two models that they are not only referred to in the K2 report, but also that in most of the discussions had with media agency leaders the only models they discuss are the disclosed and non-disclosed model.

It’s as if it’s the start, middle and end of the remuneration discussion.

One media agency CEO was explaining that all of their clients who were using their programmatic desk were given the two choices for how they would pay the programmatic trading desk.

On one hand they were offered the disclosed model with, in his words, complete transparency on costs and an agreed agency commission. In this case it was 30 per cent.

On the other hand there was the non-disclosed model were the advertiser would be guaranteed a price for the media that was less than they were paying now, but there was no opportunity for the advertiser to audit the buying.

He gleefully shared that to date his clients had largely chosen the non-disclosed model. I shared this story at the ANA Advertising Financial Management Conference in May this year. But let’s consider the issues associated with each of these models.

The transparency that is offered by the disclosed model looks attractive to many marketers wanting insight into what they are paying for, but it can be quite superficial, depending on how it is arranged.

In fact, we have been privy to many of the agreements between the media agency and their holding company trading desk and in almost every case there is a clause that excludes the audit provision.

What this means is that if you undertake an audit of the media agency, you will be able to determine if your media agency is taking the right level of commission, but what you cannot determine is if the price they are paying the trading desk is the amount they paid for the media.

At least with the non-disclosed model the name reflects the actual circumstances of the deal. As famously said by the chairman of one media agency group: “We are transparent in the fact that we are not transparent”.

The reason the agencies give for this approach is that it allows them to use the spend power across multiple clients to negotiate better deals and therefore they are unable to allow an audit as it would require providing access to other clients’ spend information.

Some cynically believe that the reason for the non-disclosure and banning of audits is that it would reveal any arbitrage. Arbitrage is where the holding company buys inventory in bulk from the publisher and on-sells it to clients of the media agency they own through the trading desk at a significant margin.

In regards to the guarantee that the price paid will be less than what they are paying at the moment, this can be hard to monitor, unless you assume that all media is a commodity.

But the fact is that while there is a huge amount of digital media inventory, there is still premium inventory and trashy inventory. The issue is knowing if your lower price is because they are buying the same quality of media or simply unloading the dross onto your media buy.

The question that often comes up, is what is the purpose of the media buy? If it is to generate leads or drive conversion then why not pay for the results, rather than just the media cost?

There are a number of programmatic trading desks that are able to buy your digital media on a performance basis.

Of course this requires you to have a very clear objective, sound strategy and a definable target audience, along with a a financial view of what is the value of success.

But that should be an entry point for anyone investing in digital media. After all, one of the great things about digital is the ability to target specific audiences and to optimise the performance of the media buy in real time.

Performance media means that you are able to invest your media spend and all of the issues regarding transparency, viewability and click fraud become irrelevant because you are paying on the results of the campaign.

Yet unless you raise it with your media agency and their trading desk it is unlikely they will offer it. But if you are willing to make your media investment accountable then it is a better option than the two the agencies are pushing.

Which is the right model for you?

The first point is you have options. You have the ability to choose the programmatic trading desk that is right for you and not simply take the one your media agency recommends.

Ultimately the choice is yours. But it is better to make the right choice for your needs than simply following the recommendations of your media agency.