Public broadcaster SBS has been awarded Australia’s most gay-friendly brand announced at the Australian LGBTI Awards in Sydney on Friday night. SBS’s CEO Michael Ebeid is in the main photo holding the winning trophy.

See the full list of winners at the bottom of this article. 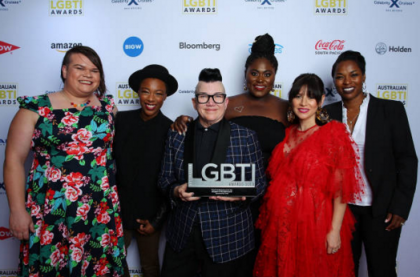 Hosted by SBS presenter Patrick Abboud, the evening saw an incredible who’s who of the LGBTI community descend on The Star for the special red carpet gala. 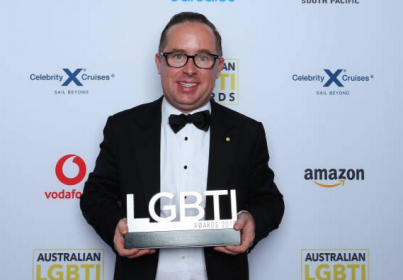 “A huge congratulations to all of our fantastic award winners tonight,” said Australian LGBTI Awards director, Silke Bader. “These past months, it’s been amazing to finally starting to see some traction towards equality, opportunity and fair treatment for all. Such great strides would be impossible without their tireless contributions.”

Over 11,000 nominations were received across 16 categories including Celebrity of the Year, Sports Personality of the Year, Celebrity Ally, Brand and Marketing Campaign, Community Initiative/Charity and Inspirational Role Model.