Donald’s Trump’s savage tweeting was one of the main reasons he defeated Hillary at the recent US Presidential elections. However, as this data from media intelligence firm Meltwater shows, the President-elect has taken a far more positive approach since winning the White House…

Donald Trump is renowned for his radical outbursts on Twitter. From criticising the media for being biased, to expressing his distaste for Obamacare, he definitely takes a no-holds barred approach to expressing his opinion.

While he’s vowed to take a less outrageous approach to social media after being elected the 45th President of the United States one month ago, it makes you wonder whether he’s really stuck to his word.

Tumblr user ‘Trumpgrets’ suggests voters are already regretting their votes…and it’s only been a month.

Media intelligence company Meltwater had a look at just how much Trump has changed since becoming President-elect one month on…or whether he’s just sticking to what he knows best: using social media to shape his own agenda. 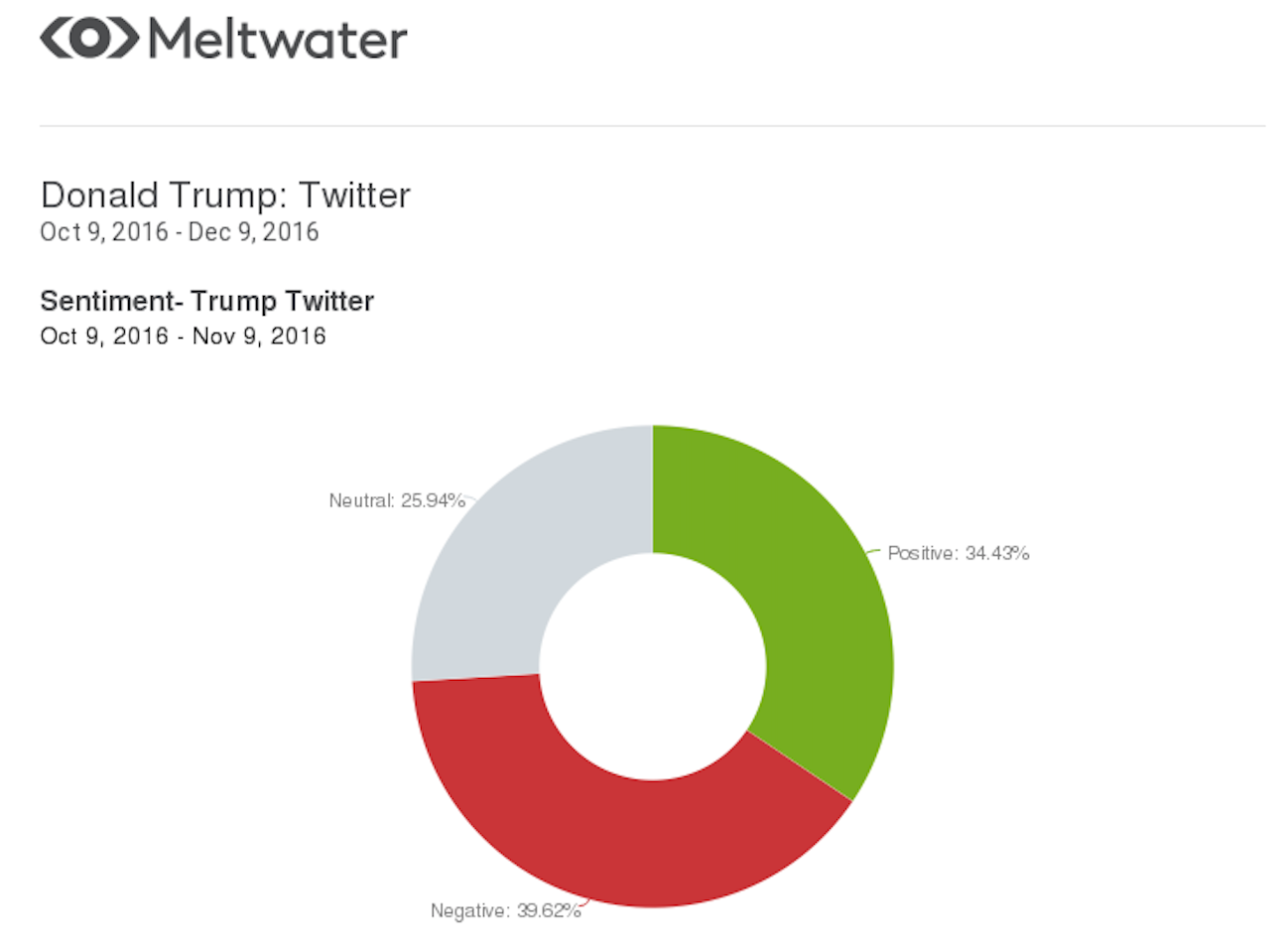 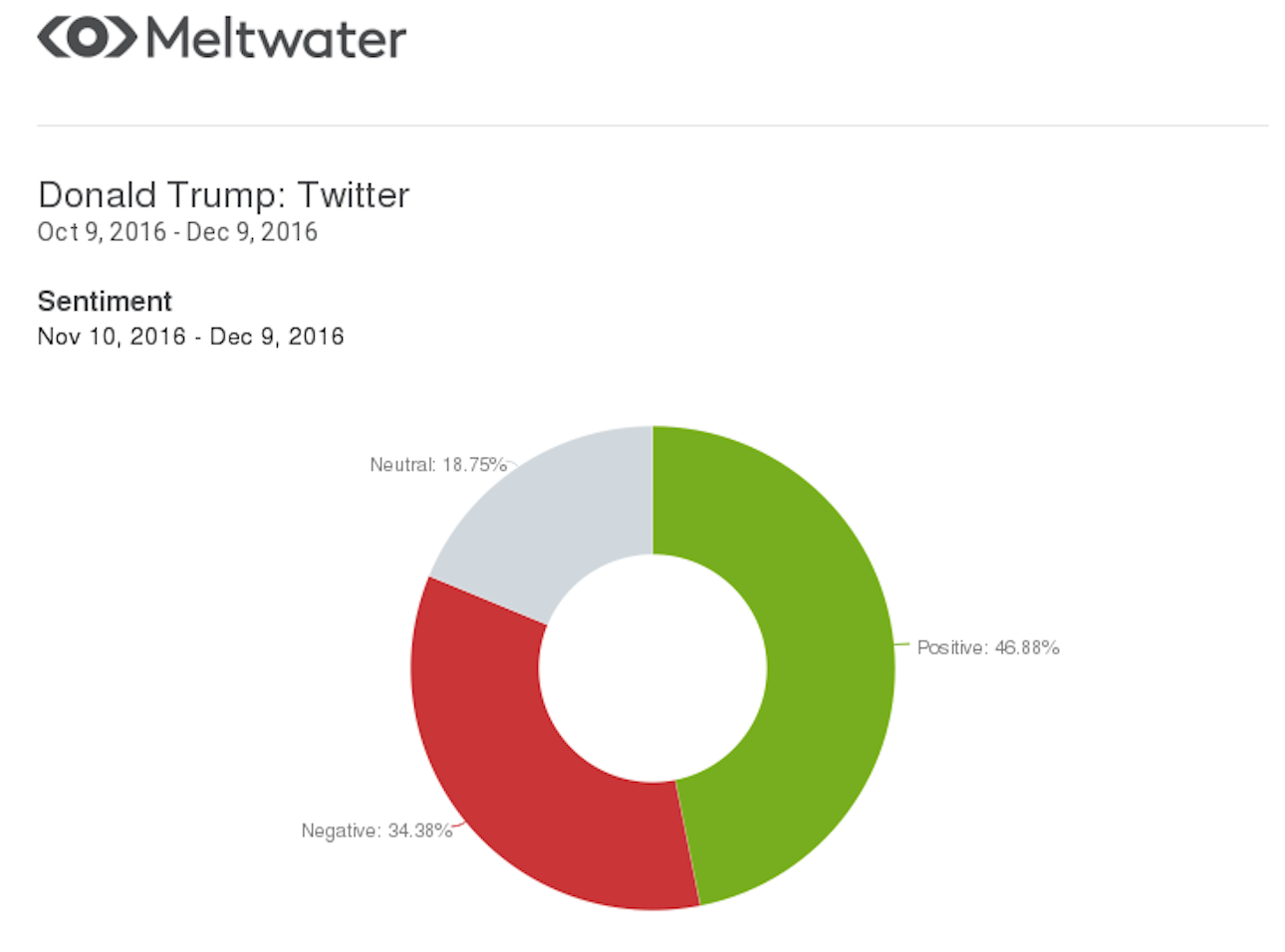 Meltwater analysed the sentiment of Trump’s Tweets one month on, and found that he’s become significantly more positive post-election (48.39 per cent), compared to the previous month (34.42 per cent).

But perhaps one of the most interesting revelations is how he continues to use social media to influence the media agenda, despite saying the media is biased. Case in point: Mike Pence’s ‘Hamilton’ incident.

On the same day Mike Pence was booed at ‘Hamilton’, Trump reached a $25 million settlement for fraud cases against Trump University. Through a strategic Tweet, he was able to steer the news agenda away from his scandal to focus on the Hamilton incident, which had a stronger share of voice across international news for the next two weeks.

In a similar vein, Trump took the same approach during the election, where he diverted social media’s focus away from his alleged sexual assaults to focus on Hillary’s email scandal. 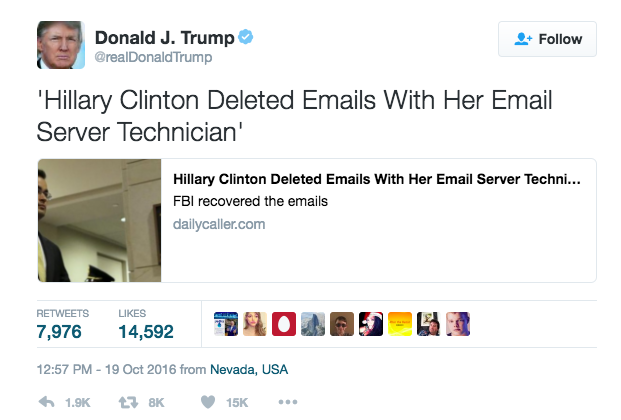