Even for a brand known for its spectacular high-risk visual arrays, trying to stay on top of all the technologies and touch points for consumers of Cirque du Soleil is like the “Wild Wild West”.

“Back in the days of Mad Men, it used to be five – outdoor, signage, print, radio, television,” Jordan Fiksenbaum, vice president of marketing and public relations at Cirque du Soleil, said.

Social media is one of the many areas Cirque du Soleil capitalises on for consumer engagement, however the immediacy and transparency of the many available platforms can be seen as risky.

“If you make a mistake in something then you can’t correct it because it’s already in the public domain,” Fiksenbaum said.

“I think sometimes that is a risk we could potentially take as you’re working in a non-controlled space.”

“If you were to look up our name on social media I think people would say that we are better than industry standards in terms of how we engage. I think the biggest thing people mention a lot is getting back to people, in terms of responding to people and enquiries around Cirque du Soleil and how fast our social media team answers questions.” 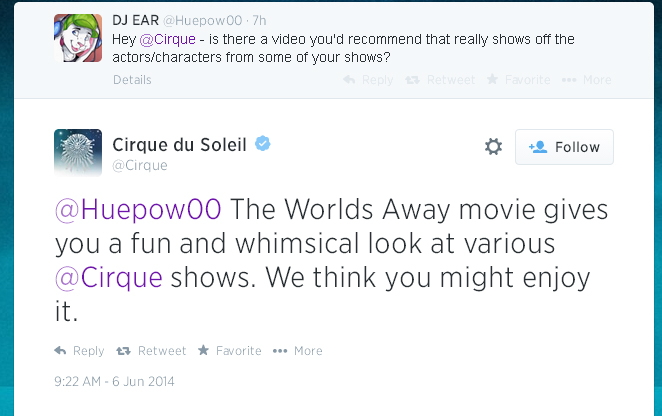 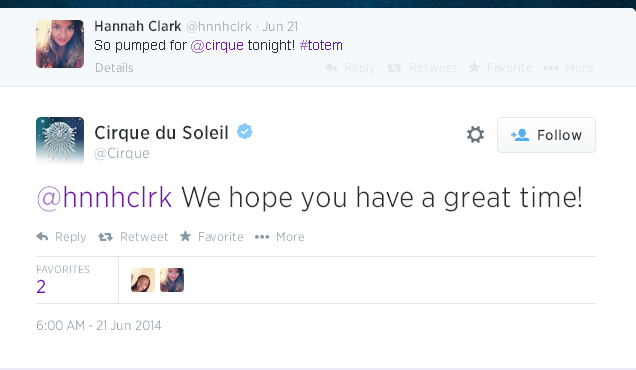 Sometimes the brand goes as far as wishing Happy Birthday to a fan. 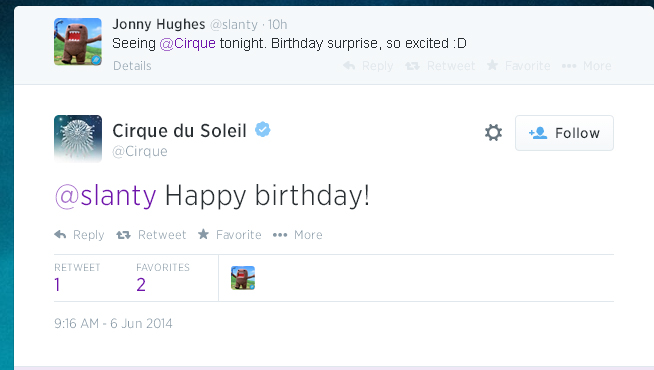 Word of mouth is a key awareness tool for the brand and whereas the traditional version of word of mouth was two people physically speaking to each other, social media has virtually eliminated the boundaries of who can say what and who sees it.

“People who are lovers of our brand are the fans,” Fiksenbaum said.

“They express their emotions in what they post on social media. When we talk to people in their everyday life, and just in general, we allow our product to be shared with everybody and that creates an emotional connection and a bond.”

Another challenge Fiksenbaum faces is keeping the brand fresh on social media and keeping its 622,000 Twitter followers and 2.3 million Facebook fans engaged.

“With so many competitive aspects, it’s like ‘why you over anybody else?’” he said.

“What makes the decision to get someone to convert and how do you utilise all the new media?

“How do you utilise everything when your marketing budgets are where they are – they don’t go up. It’s not like we’re spending more to market our shows, but there are so many new ways to market a show.”

Being a very visual company, the introduction of new technologies such as social media has allowed Cirque du Soleil to branch out and reach more fans in order to tell its story.

“We used to have one main visual, but now with the tools that we have from a technology standpoint, we can tell a lot more,” Fiksenbaumsaid.

“We can tell more about the characters in our creative discovery. We can provide more details in terms of giving audience reaction, giving behind-the-scenes footage to make sure people are a little more engaged. And going behind the curtain a little bit more.”

Providing little tidbits of what is to come in upcoming shows is one marketing method Cirque employs, however being known for its elusiveness, managing the etherealness in the transparency of social media is all about creating content that is “dialogue, not monologue”.

“We’re thinking like a fan and what would they be interested in seeing? We’re now doing a lot more behind the scenes and using content that hopefully spurs curiosity.”

The spurring of curiosity can be seen when Cirque du Soleil announced a joint partnership with James Cameron to bring the blue-skinned Na’vi’s of Pandora to life on the Cirque du Soleil stage.

Fiksenbaum believes Avatar was the perfect fit for the brand.

“We felt that it showcased a new world and a new opportunity so it was really good for us to be engaged in it,” he said. 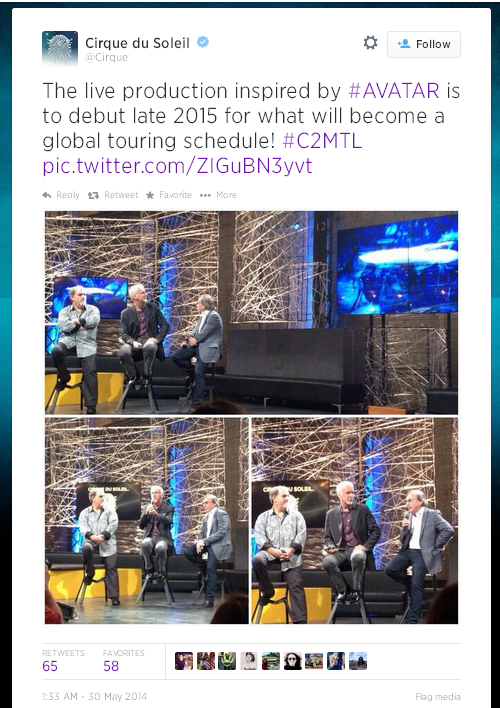 Similarly, the second tribute to the King of Pop, Michael Jackson One, released behind-the-scenes footage and small peeps into the show to keep fans engaged and wanting more, as well as a peek into the evolution of man in Totem, Cirque’s latest tour to come down under in October this year. 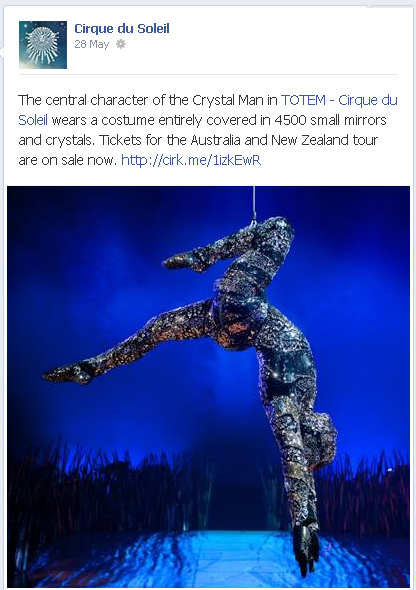 Advertising Standards Bureau Out Of Home The Smith Family