Those cheeky wags over at Fairfax have had some fun at rival News Corp’s expense, publishing a cartoon yesterday afternoon that spoofs the ongoing controversy surrounding the Herald Sun’s controversial Serena Williams’ cartoon.

Drawn by Fairfax illustrator David Pope, the cartoon replaces Williams with News’ supremo Rupert Murdoch who, in turn, is now having a tantrum that his publication, the Herald Sun, isn’t getting its way. 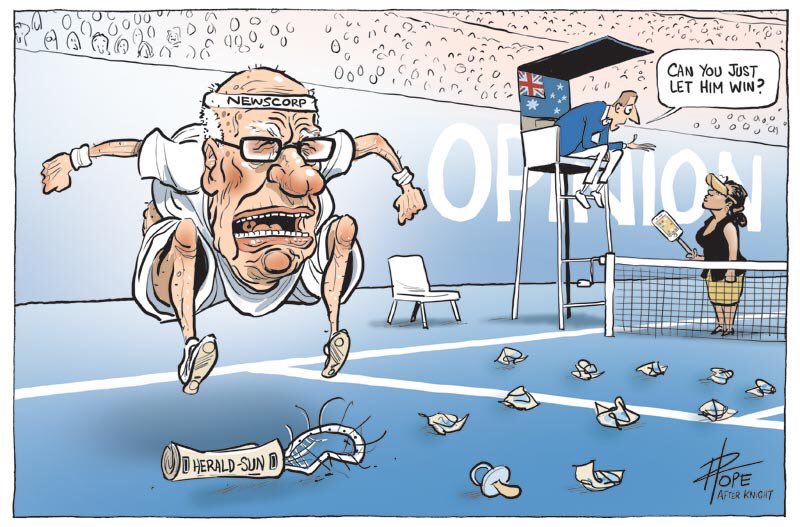 Twitter comments about Pope’s illustration appear fall into the two camps – the original Herald Sun cartoon was a racist depiction of Serena Williams, while those who sided with it said it was simply a caricature of a sportsperson having an on-court meltdown. 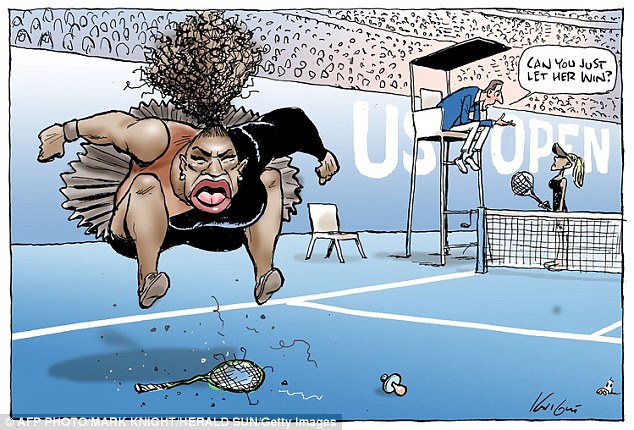 Another Twitter follow was quick to draw attention to a recent cartoon published in the Fairfax press that showed a Jewish man with an elongated nose using a remote control to set off an explosion (presumably) in Palestine or the West Bank alongside the comment, “Also published in a Fairafx paper, but not racist.” 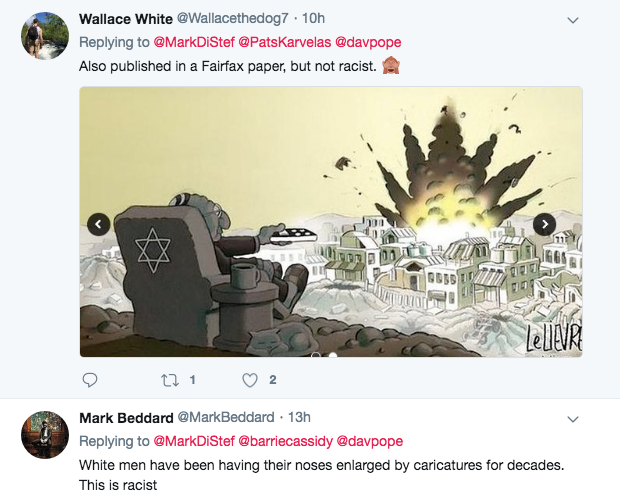 Yesterday, the Herald Sun used its entire front cover to try and defend the cartoon, suggesting those who objected to it were PC and are all out to make our lives “very dull indeed”. 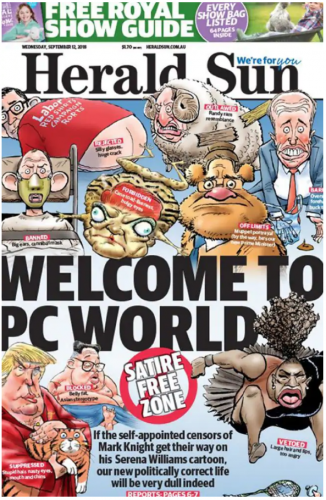 However, the newspaper’s attempts to assuage the situation didn’t go down well with some who accused the publication of pandering to racists.

Social media reaction to yesterday’s cover included: “Why not go full (Ku Klux) Klan? No one would blink an eye,” one person said, accompanied by a cartoon of a young black girl eating a watermelon.

“The Herald Sun: the place where they double down on racism,’ another said.

While another added: “Herald Sun – stuck in 1908 while most of the rest of the country has moved on.”

“I’m sorry it’s been taken by social media and distorted so much,’ Knight said before adding he’s sought to reply to comments “but they don’t listen”.