In this guest post, Engaging.io’s Matias Bezzo (pictured below) says with the rise of the smartphone and the inundation of emails, the two should NOT be mutually exclusive…

About eight years ago I went to an Adobe Creative Cloud summit, this was when Adobe had just moved to a cloud-based application and revamped all their products. The Adobe presenters were wowing everyone with how easy it was to make something responsive for mobile using breakpoints in Adobe Dreamweaver, a web development tool. 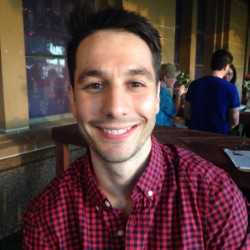 The big takeaway I took from that conference was the key phrase they kept repeating, ‘mobile is the norm’. This was 2010. Eight years on everyone has a smartphone and if you’re anything like me, chances are that this morning you were hunched over your coffee blearily staring down at your device, checking through the myriad of emails you received overnight.

The biggest change to how consumers have been using email in the last couple of years is that viewing emails is now occurring mostly on mobile devices. According to the Litmus State of Email 2018 report mobile accounted for over 50 per cent of all emails and in 2016 Google reported over one billion active users, 75 per cent accessing their email on mobile devices. This number can only be expected to increase in the next few years. Long gone are the days where only business people had Blackberries that allowed them to check email on the go. Everyone has a smartphone, so everyone has constant access to email.

If the email you are planning to send out to clients today is not designed for mobile first, then don’t send it. Period. It will do more harm than good. So why do mobile first email templates makes sense.

Focus on where the viewers are

Desktop email viewing is no longer the standard. Desktop email readers have been declining steadily since 2014. TheLitmus State of Email 2018 report shows that 17 per cent of emails are opened on desktop while in 2011 this number was 58 per cent. Maximise the impact by designing for the device viewers spend the majority of their time on.

An increasing number of email users are now mobile only

This means that these people don’t use a desktop to look at email, in fact mobile is their primary way of accessing the web. They won’t ever be able to see the brilliant desktop designed email even if they wanted to. Instead they will get a bad user experience and more than likely they will be lost from the subscriber list.

It makes no sense to use an email layout designed for a desktop screen when it’s going to be viewed on a mobile screen. Designing emails for mobile will ensure the email has an appropriate layout that is specifically designed for the device it’s intended for. Using a layout that caters for a screen width of 600px when a iPhone X screen is 375px wide will not enhance the user experience. What I commonly see is that the template shrinks to fit on the mobile screen resulting in text that becomes too small to read and buttons that are too small to tap with a finger. The end result is a frustrating experience for the user. What users now expect is an optimised email with large text, buttons they can click on, a clear call to action and content that is catered for their mobile. Minimum.

Mobile first design due to the restricted available screen space requires a clean layout and well thought out and focused content. With 269 billion emails sent daily, a clear and concise message will go a long way to standing out from the rest.

In a world where a person can receive 100 emails a day, spends an average of 3.5 hours daily using their smartphone and 50 per cent of adults reach for their mobile the minute they wake up, it’s now inexcusable to send email intended for desktop when they are being read on mobile. Mobile is definitely now the norm.