Print ads for Coles and Woolworths appear to perform better in a call to action and ad recall than the average retail ad, according to the latest results in ADvance from The Newspaper Works.

Talking to 100 people aged 16 years and over, the creative diagnostic of the Coles and Woolies ads scored higher than the average retail ad, however there were some differences between the ads’ scores.

“Advertisers and creatives can use the results for guidance and inspiration and see how newspaper ads can be effective at building brands and triggering actions.”

Two ads from the supermarket giants are the first lot in the series that went under the microscope.

Many people asked found the Coles ad more visually appealing than the average retail ad, as 21% of respondents said the Woolies ad was a bit cluttered, the results suggest. 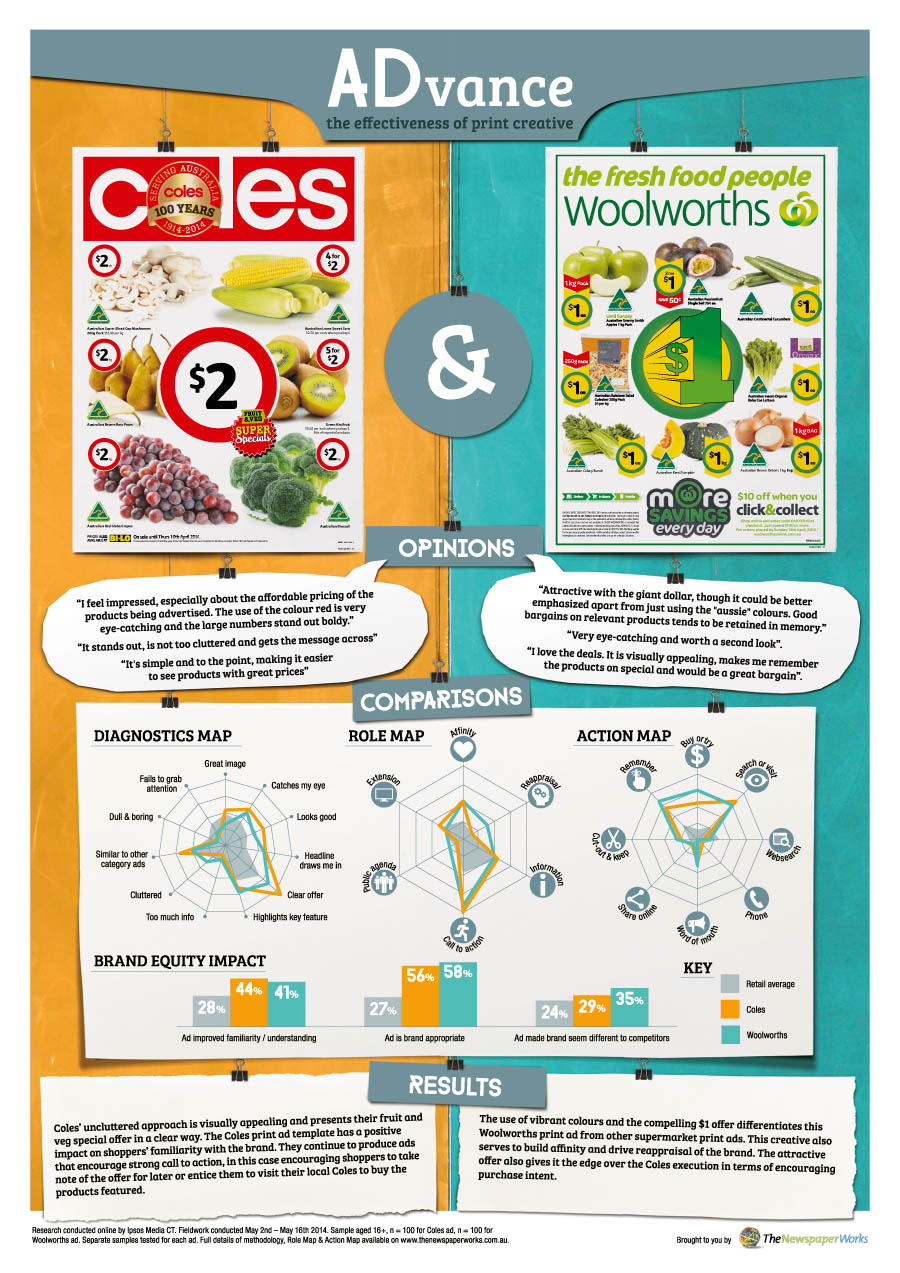 The Coles ad scored higher than the average retail ad in terms of visual appeal, scoring 67% compared to the 38% retail ad average.

However 40% of respondents felt the Coles ad was pretty similar to all other supermarket ads.

Woolies’ use of green and yellow with the ad creative had 42% of people saying the ad highlights the important feature, the $1 promotion in this ad, as 41% said they would probably notice and remember the ad.

ADvance is a methodology developed by Ipsos MediaCT that includes a variety of measures that allows advertisers and creatives to see the role newspaper ads can play, the impact they have for a brand and the action people take on the ads.

RoleMap looks at the role newspaper ads can perform such as generating calls to action, extending campaigns, encouraging people to think differently about a brand or raising an important issue or cause.