Following the launch of Coca-Cola No Sugar earlier this month, Coca-Cola South Pacific has created an innovative sampling platform for the new product.

The sampling campaign – Coca-Cola’s largest ever – officially commenced this month at an influencer-led activation that featured US signer and The Voice judge Kelly Rowland.

Rowland was joined at the activation by Madison and Lana from Australian comedy team SketchShe, gaming and tech YouTuber ChampChong and pop star Tom Jay Williams. 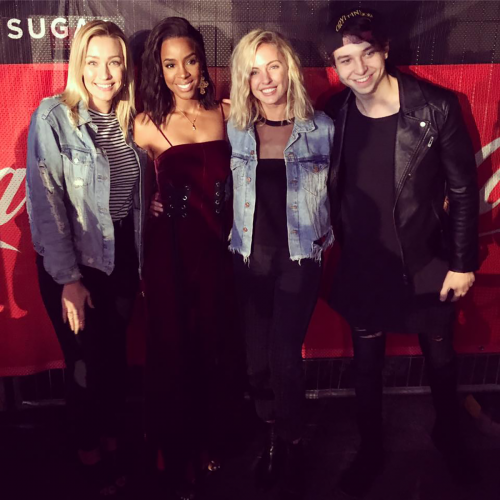 More than 3,000 samples of the very first cans of Coca-Cola No Sugar in Australia were handed out as the influencers travelled around Parramatta in a Coke-branded truck while interacting with consumers through Facebook Live. 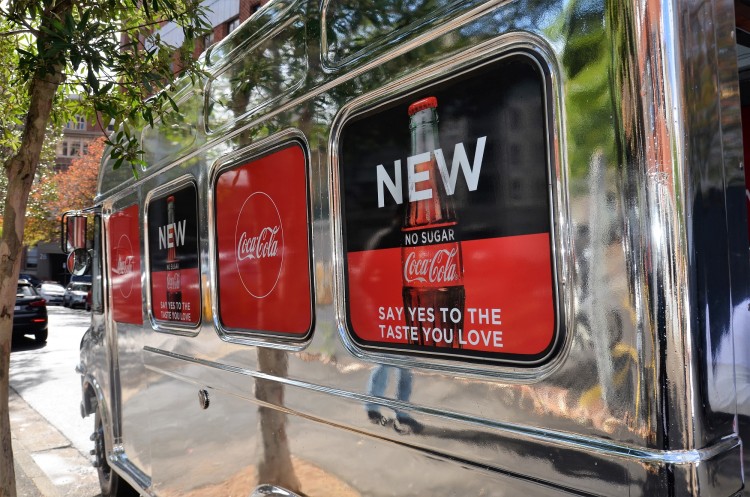 Coca-Cola No Sugar has also unveiled its new TVC which offers consumers an interactive sampling experience. To receive a free Coca-Cola No Sugar, viewers can use the Shazam mobile app to download a voucher digitally when the TVC appears.

Extending this to outdoor in a first for Coca-Cola, the team created a voice-activated panel that enables consumers to verbally say “yes” and redeem a free sample vended directly from the refrigerated panel. 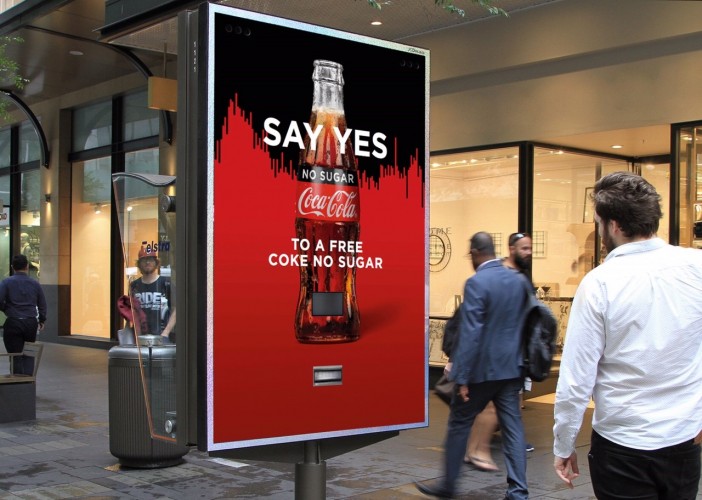 The voice-activated interactive outdoor advertising panel will be deployed in Sydney’s Pitt Street Mall on from Tuesday 27 June to Tuesday 4 July.

More than two million free samples of the new product will be distributed in the coming months. Fans will be able to see more content and have more opportunities to try the product during this time through further influencer activity, Snapchat ads and digital content via Coca-Cola’s social channels.

The national campaign also includes stadia sampling at major sporting events, such as the NRL State of Origin and a takeover at yesterday’s AFL match between the Richmond Tigers and Carlton Blues at the MCG.

The Coca-Cola No Sugar sampling crews will also be at Thredbo from Saturday 1 July until Tuesday 4 July, and in Jindabyne on Wednesday 5 July. Coca-Cola will also partner with GoCatch in July for a special offer for its customers, with more details to be revealed soon.

Marina Rocha, group marketing manager at Coca-Cola South Pacific, said: “Launching Coca-Cola No Sugar in Australia this month generated a huge amount of attention and conversation. The second phase of our campaign builds on this momentum.

“This is primarily led through our sampling activity providing multiple opportunities for consumers to interact with the brand across a number of touch points.

“We have looked to fold technology into our campaign wherever relevant for consumers to help us create an engaging way to get the product in their hands. We have created a wealth of stunning content and partnered with a range of talent which consumers will continue to see in coming weeks.”