The SBS period drama Versailles has been voted the number one TV show in Australia based on the passion of its audience. Even pipping the State of Origin.

A study by Roy Morgan Research into the top 20 TV shows of 2016 based on whether people “choose to watch”.

Versailles on SBS took the crown for having the highest share of viewers in the audience especially choosing to watch (76 per cent). Set in 17thcentury France, the drama edged out the State of the Origin rugby league matches (75 per cent) for most highly engaging show of the year according to viewers. Of course, the total audience for State of Origin XXXVI was over four times that for Louis XIV, so the rugby had far more ‘especially choosing’ viewers overall.

In third was the other period piece Downton Abbey which, sadly for its highly engaged audience (74 per cent) and Network Seven wrapped up in 2016.

Proving that nothing beats a good story, a number of other dramas made the Top 20. With around two-thirds of viewers especially choosing to watch, these engaging series include Nine’s Love Child and Hyde & Seek, Ten’s NCIS, X-Files and The Strain, Seven’s The Blacklist, Criminal Minds, The Secret Daughter and Winners & Losers, and SBS’s Vikings. 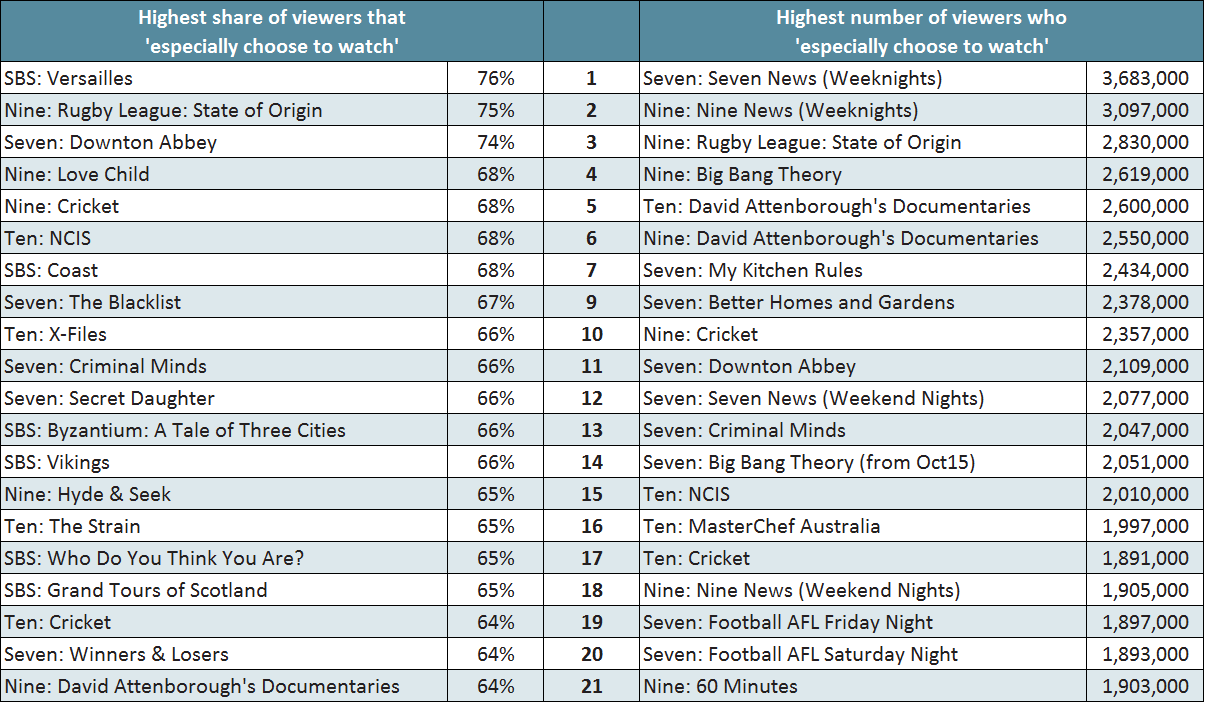 Most engaging programs by Audience Size

But thanks to their greater overall reach, news, sport, documentaries, reality TV and lifestyle programming dominate the Top 20 shows with the highest numbers of viewers especially choosing to watch. The weeknight news on Seven and Nine reach 3,683,000 and 3,097,000 viewers respectively who especially choose to watch (representing slightly less than 60 percent of all viewers).

Over 2.5 million Australians especially choose to watch David Attenborough documentaries, with little difference between episodes airing on Network Nine or Ten. Nine’s brand new episodes of Big Bang Theory boast 2,619,000 viewers who consider it ‘must-see TV’, while 2,051,000 think the same way about the re-runs on Seven.

Friday and Saturday night AFL, weekend night news, My Kitchen Rules and MasterChef, all also reach around 1.9 million+ especially choosing viewers. Better Homes & Gardens and 60 Minutes also make the Top 20—even though the majority of their audiences actually say they only watch when there’s nothing better on or because a household member wants it on.

The below chart shows correlations between total audience size and the percent of viewers who especially choose to watch. Overall, the more popular show, the higher the level of audience engagement tends to be.

The 400 shows: Total Audience* by Share who Especially Choose to Watch 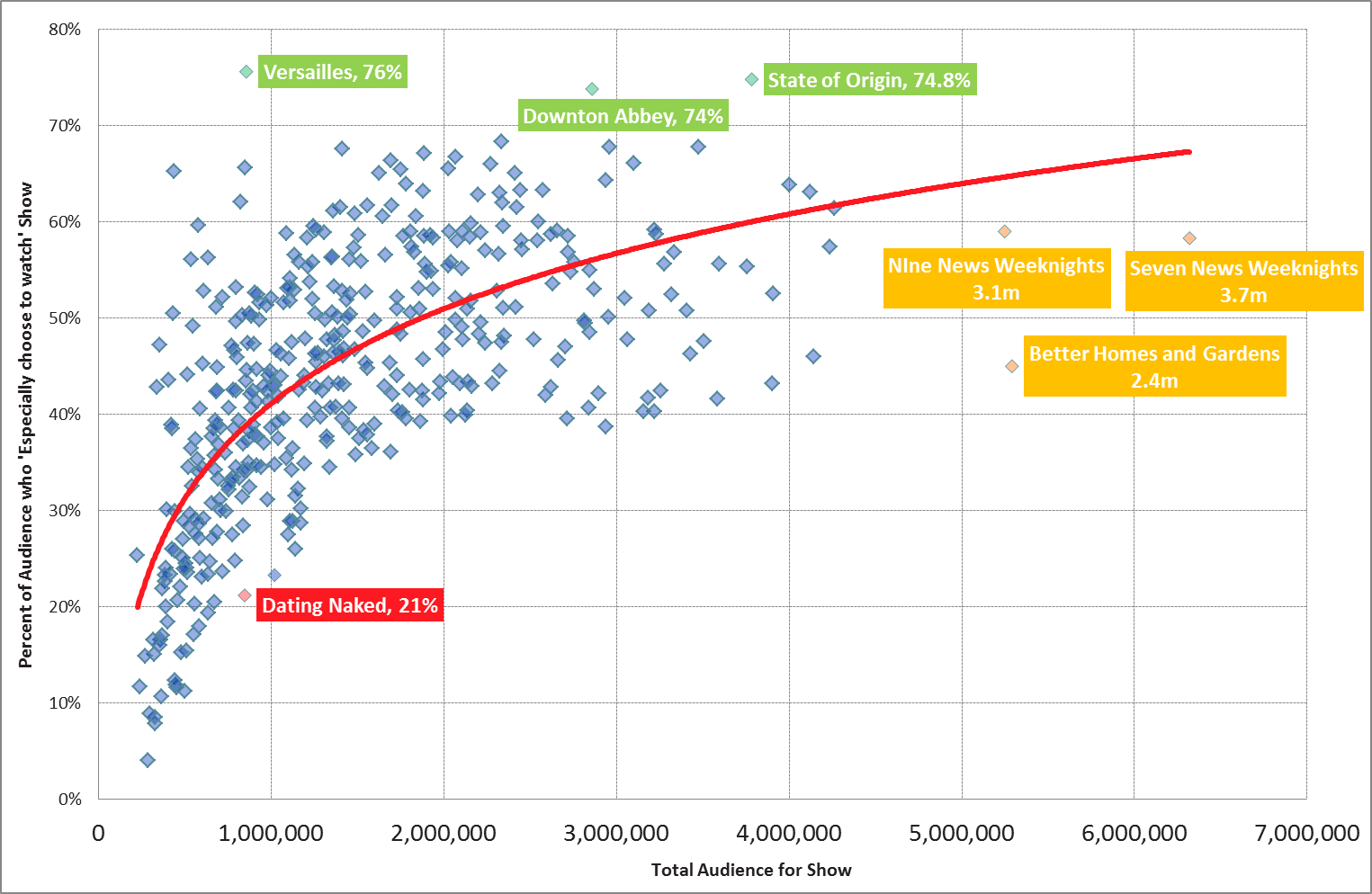 There are some big gaps between shows with the most and least engaged viewers among equally sized total audiences: For example , Versailles and Dating Naked have a similar number of Australians involved with the program overall—but Versailles has almost half a million more viewers especially choosing to watch.