Advertise with us
Posted 9 October, 2018 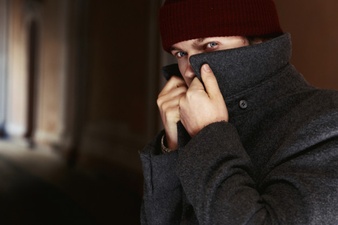 This is just one of the questions in everyone’s minds as AI becomes more and more commonplace in everyday life. What can AI do that humans can’t?

And what can humans do that AI can’t? A new infographic, Rise of the Machines, is tackling these comparisons head-on.

The key difference with AI is the ability to learn – this term refers to software which manifests some kind of intelligence.

It might be man-made, but it can operate in a way that’s based on how the human brain works. That’s where it gets a bit confusing.

How do we demonstrate, test or measure intelligence?

The aim of AI is to learn, adapt and think.

It must demonstrate behaviours we associate with intelligence. That can include any combination of the following:

It could be easy to dwell on how much further AI has to go, but that would undervalue how much it is impacting us.

Here’s what the technology is already capable of doing:

However, the biggest argument against AI so far is that it doesn’t have the same emotional responses as humans.

While we are able to use compassion and empathy to inform our decisions, AI is programmed to function a specific way.

However, whereas narrow AI sticks to a rigid set of tasks, general AI is designed to use previous information to adapt its responses, so although it’s not quite human, it can still learn from experiences the way we would.

The lack of human traits can also be a positive thing. AI doesn’t experience boredom when completing monotonous tasks, which means it’s able to carry them out with more accuracy at a quicker pace.

It’s also impervious to outside influences like bribery or blackmail, so it’s an excellent type of technology to use for security.

Could AI replace us?

You aren’t alone if you have hesitations about the growing involvement of technology in our lives. Change is daunting.

If films have taught us anything, it’s to fear how robots could destroy us. But that’s far from reality – for the time being at least.

“By far, the greatest danger of Artificial Intelligence is that people conclude too early that they understand it” – Eliezer Yudkowsky

What’s more, we’re at risk of jeopardizing future developments if we exaggerate the risk.

“Any scenario in which [AI] is an existential threat to humanity is not just around the corner,” Bishop told the Guardian.

“I think they must be talking decades away for those comments to many any sense. Right now, we are in control of that technology and we can make lots of choices about the paths that we follow.”