Most recently, Mugar was at Barton F Graf 9000 where he created the Climate Name Change Initiative. To increase awareness of climate change, a petition was created to the World Meteorological Organisation to change the current naming systems of storms, such as Katrina and Sandy to the names of actual United States policy makers who deny climate change. 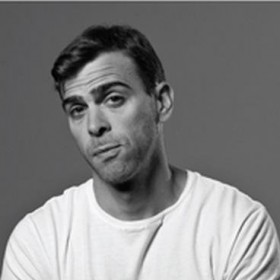 Commenting on the new appointment, Gary McCreadie and Wesley Hawes, executive creative directors of Whybin\TBWA Sydney, said: “Brandon is awesome and the perfect fit for Whybin/TBWA. He’s worked at some of the most dynamic agencies in the world, and is passionate about creativity and ideas that jump into popular culture.

“We’ve both been extremely jealous of the work he’s produced over the years, particularly the Climate Name Change Initiative and the Air Jordan stunts. It goes without saying that we can’t wait for him to get started with us.”

Mugar has had his work acknowledged at Cannes, One Show, D&AD and Clio, and was the most awarded art director in the world in 2010. He has also worked at Wieden & Kennedy, BBDO New York and Chiat San Franciso, working across brands including HBO, Adidas, Brand Jordan and eBay.

His personal work has been showcased on One Stage and was an official selection of the Sundance Film Festival.