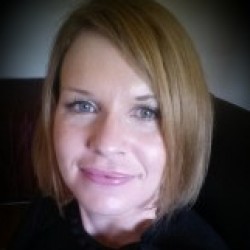 
With both the Australian and U.S. elections looming and election ad spend growing into the billions over the pond and multi-millions here, how those dollars are allocated across the various ad channels will be mission critical in shaping the opinions of the electorate. In this opinion piece, Rick Mulia, managing director, JAPAC, Rubicon Project, fills us in.

With the U.S. presidential primaries essentially in the books and people around the world watching closely as insults, accusations and scandals fly wildly about between the Trump and Clinton camps, the world is fully cognisant of the political circus that is the US presidential election is happening.

Meanwhile on local turf we are on the final furlong towards the much shorter campaign for the Australian Federal Election on 2 July.

Aside from the editorial domination of election related stories, there’s a massive undercurrent for the ad industry, with more than US$10 billion predicted to be spent between now and November in the US in a bid to target and engage likely voters.

In Australia the data isn’t so clear thanks to the lack of transparency in reporting election spending.

A Penn Schoen Berland survey commissioned by Rubicon Project recently examined the content consumption habits of 1,500 likely voters in the U.S. 2016 general presidential election.  The research revealed a clear roadmap for campaigns and it makes for interesting reading for political followers.

The top line findings from the survey are simple:  spending billions of dollars on TV and radio advertising won’t move the needle this election cycle. It’s going to take more. A lot more.

TV, mobile or both?

While no one will be surprised to learn that the survey found that “TV isn’t dead but viewers skip ads” one of the key findings was that highly coveted independent voters are nearly twice as likely to spend more time online than in front of their TV.

Not only do they have their various digital devices on as their second screen, but nearly a third claimed to be able to recall seeing a specific digital political advertisement so far this cycle.

Interestingly more than a third (36 per cent) of those who have seen a political ad reported taking a positive action such as clicking through to the content or providing an email address.

Naturally mobile is the winner when it comes to reaching voters with engagement for digital ads on mobile devices nearly twice as strong, with three in five (64 per cent) of those that have seen a digital political ad on mobile taking action.

Videos and gaming are the way to a voter’s heart

The stand out channel to reach the electorate was found to be mobile gaming with more than one-third of likely Democrat and a quarter of independent voters gaming daily, representing huge sections of the hard to reach community that are under 25.

So what’s the take home?

This year’s elections present a real opportunity for innovation and change in how campaigns and candidates reach the always connected voter. Smart campaigns seeking a competitive advantage would be wise to recognise that the electorate is no longer sitting passively waiting for one way broadcast engagement.

They are online, on mobile, playing games, using social media, consuming massive amounts of video content, and looking for the right message from the right candidate at the right time to inform and ultimately persuade their perceptions and about the race.