In the most racist news of the week, a Chinese laundry detergent ad has literally washed a black man “clean” to become Asian.

Yes, you read that correctly.

According to Shanghaiist, the Chinese detergent, Qiaobi, starts doing her laundry when a paint-splattered black man appears, checking her out while he’s at it.

She calls him over seductively, and it looks like they might get it on, but then suddenly she shoves a detergent tablet in his mouth and squashes him into the washing machine. After the wash is finished, he emerges, a Chinese man. We’re not even kidding:

In a huge reminder that Chinese people have a bit of a phobia of dark skin, it breeds racism and absurd commercials like this are created because dark skin is literally considered “dirty”.

It’s the same as this commercial for an Italian detergent, but in reverse, with their tagline being “Coloured is better”.

Another recent example cropped up in the marketing of Stars Wars: The Force Awakens, as reported in B&T, the posters were altered to minimise John Boyega, a black actor who plays Finn, a central character in the movie. 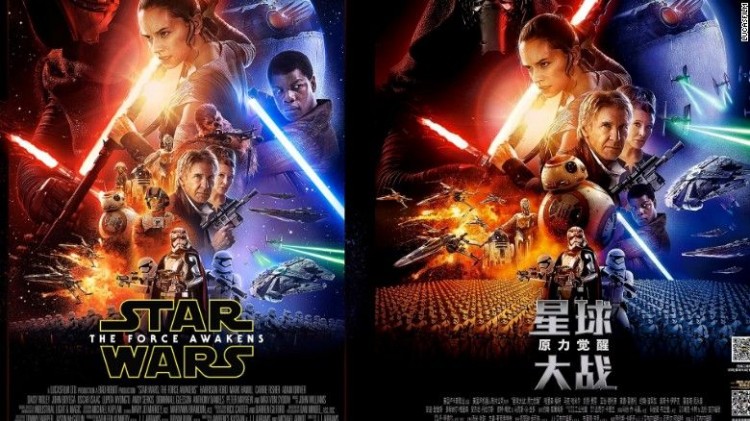