A new campaign for Oporto has taken the brand’s cheeky persona and poured a whole lotta spice on it. To celebrate the chain’s $10 Meal Deal, Oporto is going back to its Portuguese roots.

We all know Oporto likes a little fire on its chicken, so media agency Bohemia has given lovers just that, spreading saucy messages in Portuguese that, when translated via text or Shazam technology, reveals some naughty phrases.

In collaboration with The Glue Society, Bohemia is aiming to get consumers to engage with the authentic Portuguese history of the brand via a fully integrated campaign, and in her first project as head of marketing for Oporto, Vanessa Rowed wanted to really push the boundaries.

“We are a youthful brand with undeniably delicious food and an irreverent spirit with our heritage at our core. We summarise this, our character, as Spicy Portuguese. Boho and Glue have successfully taken this campaign to a literal and exuberant execution,” she said. 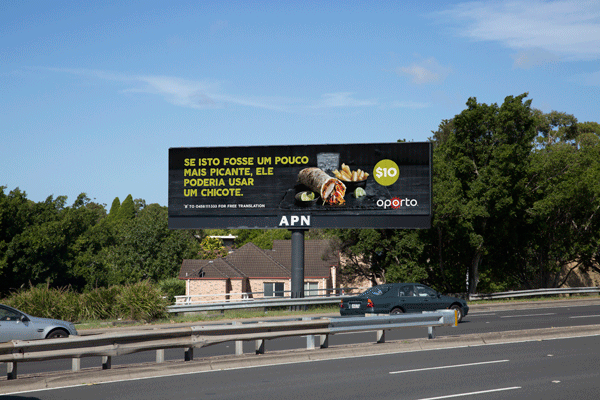 Using landmark outdoor, transit sites and digital media, Oporto celebrate the tasty and generous $10 meal deals, with consumer participation highly encouraged as the campaign gives the audience the chance to translate the Portuguese headlines into English.

This digitally led journey allows the audience to enjoy the spicy humour of the brand – and takes them directly to a Spicy Portuguese campaign hub spicyportuguese.oporto.com.au where they can create their own spicy headlines and share with their network of friends.

Even B&T had a crack at it:

Translation: As spicy as a party where a woman jumps out of a cake

Glue Society’s Luke Crethar and Pete Baker said, “For us, this project was an opportunity for us to let our hair down and use new technology to make the simple idea of running ads in Portuguese come to life in an entirely new and shareable way.

“We’ve given people the chance to enjoy the hidden humour first hand via apps and text – and are then letting them take the reins through their own social channels.” 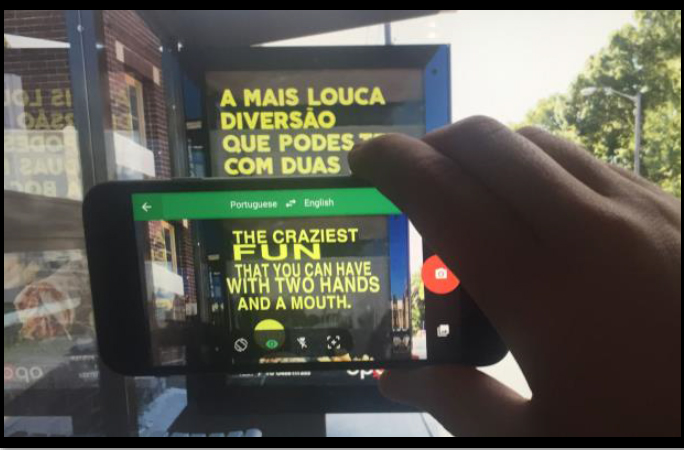 Bohemia’s Rosie Plunton and Jonny Cordony added, “The brief we strive to receive as agencies was realised and it is refreshing to be challenged and to allow agency partners to be bold and to invest in the brands personality.

“Adding value to consumer’s lives was imperative, so the approach called for simplistic eco-system planning to take advantage of every connection having a subsequent connection, and why not design it to stop customers, create intrigue and shock them along the way.”

Oporto Spicy Portuguese campaign will run for the next eight weeks across outdoor, digital, social, influencer networks and through content creation.