Advertise with us
Posted 6 October, 2016


“Sydney-siders … Play till it’s my bed-time, not Mike Baird time;” that’s the slogan that greeted Sydney residents this week in a grass roots, guerrilla style marketing campaign by Melbourne’s Chapel Street Precinct, which is aiming to divert money from Sydney’s businesses struggling under the lockout laws.

This marketing move is designed to poke fun at Sydney’s lockout and drinking laws, and recommend Melbourne’s Chapel Street as a more playful alternative. 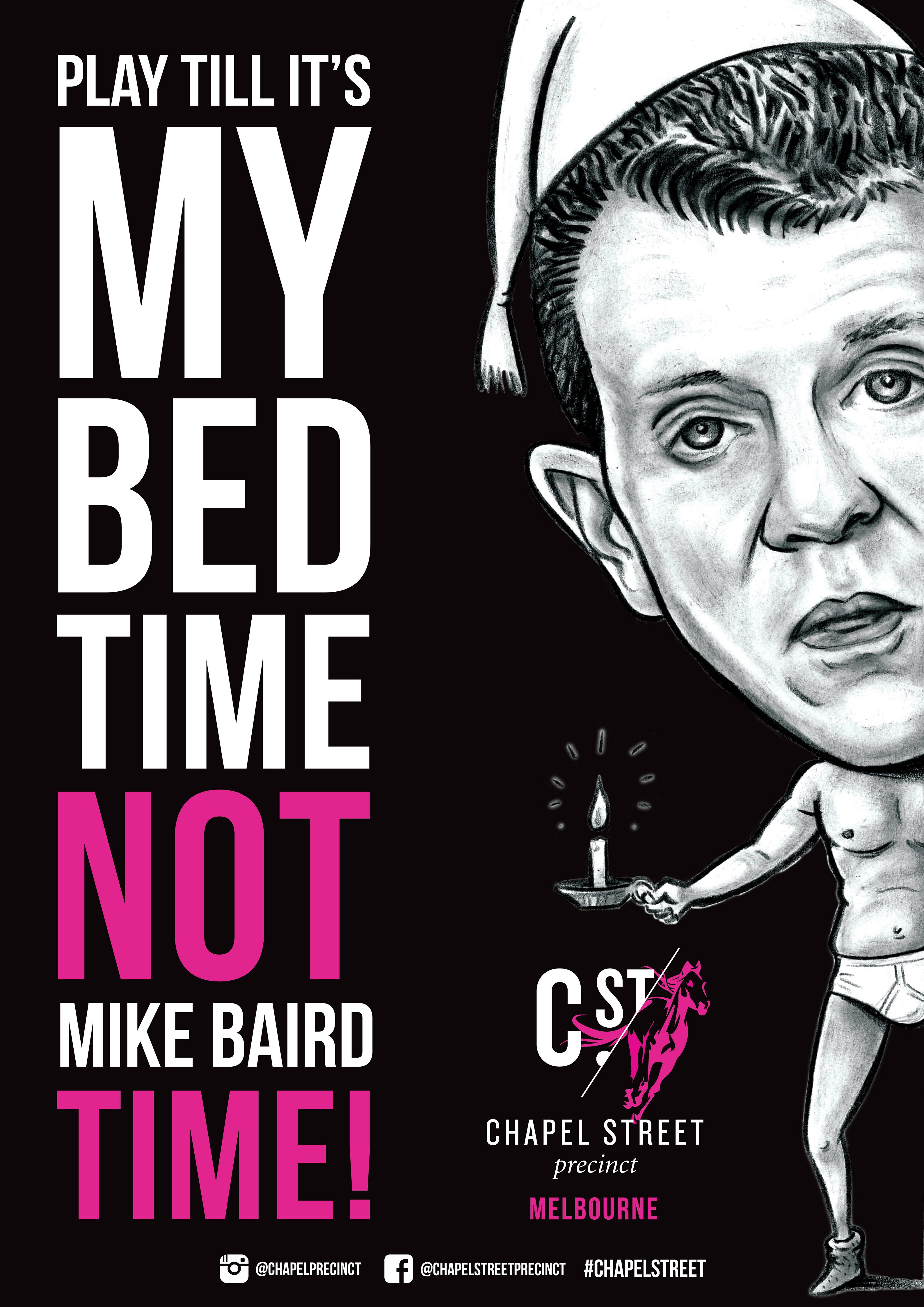 “We’re simply treating Sydneysiders as responsible adults.  If you are fed-up with NSW’s draconian entertainment laws that have killed off the once vibrant precincts Oxford Street and Kings Cross, there is an alternative to shop, play and stay!  Melbourne’s Chapel Street boasts some of the country’s best bubbles and bites, and it’s where revellers can party till sunrise.”

Maus said this is the first time Chapel Street has taken a stealth-like marketing campaign into Sydney’s heartland. “Melbourne’s just a short, cheap flight away and we’re about to be in the midst of Australia’s biggest sporting event, the Spring Racing Carnival, so what better time to come!”

This highly unconventional approach to marketing and promotions is the brainchild of the Chapel Street Precinct Association’s new Marketing and Events Director, Chrissie Maus, and new Association President, John Lotton, whose recent appointments herald a period of heightened activity for the precinct.

A high-profile former Nova Entertainment and Channel Seven Events and Marketing Head, Maus is well known for her bold marketing tactics.  She made history at Channel Seven where she helped take the station’s fundraising Telethon to over AUD$100million, making it the most successful charity in the world (per capita).

Former businessman, engineer, land economist and Fellow of the Institute of Company Directors, Mr Lotton is also part of the changing guard breathing new life into the precinct.

Maus said unconventional, high energy campaigns designed to excite, shock and surprise – and leave an indelible impression in the process – will be the hallmarks of all future marketing campaigns for the historic precinct, clearly differentiating it from its competitors.

“There’s little point in being ‘vanilla’ about our marketing and promotions. We’ll leave that to the shopping centres.  As a destination, Chapel Street is fun, funky and just a little out there and we need to reflect that in our marketing by pushing the boundaries, taking risks and daring to be different.”