A cartoon in Wednesday’s Nine-owned The Age by controversial cartoonist Michael Leunig has sparked outrage among mothers groups after it inferred some modern-day mums loved their phones more than their children.

The cartoon depicts a mother whose child has fallen from a pram with a four-line poem that reads “mummy was busy on Instagram” leaving the baby “unseen and alone, wishing that he was loved like a phone”. 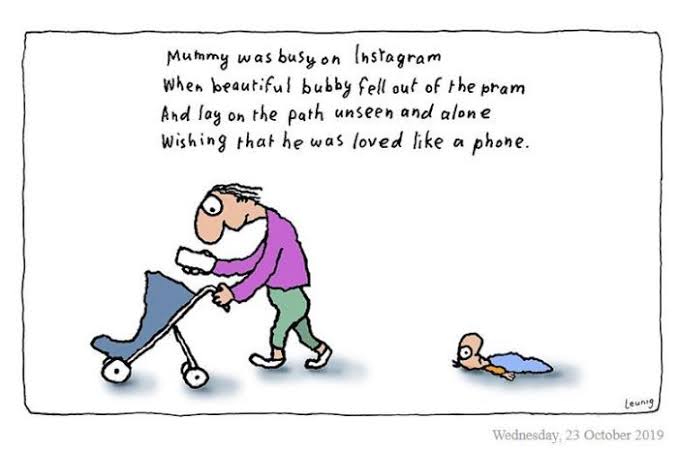 Former Age columnist and feminist author Clementine Ford lead the chorus of outrage over the cartoon, labelling the 74-year-old Leunig a “fucking gronk”.

“I bet you never spent hours walking babies around in a pram, feeling isolated and alone and terrified,” Ford tweeted.

She added that she regularly pushed a pram and used her phone at the same time.

“But actually, none of those reasons are any of your fucking business. If a woman is on her phone and pushing a pram, it’s nothing to do with you.”

Leunig has not yet publicly responded to the criticism.

Others also supported Ford’s views and asked why Leunig had called out mothers, when fathers were just as likely to have a phone addiction.

Interestingly, many of the cartoonist’s detractors re-illustrating his original work to protest their disgust. 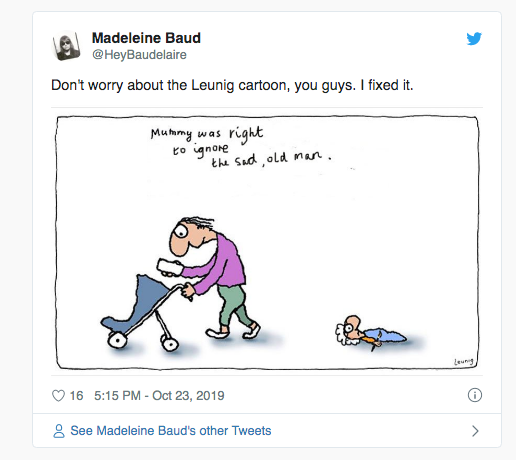 Commenting on the furore, James Chessell, executive editor of The Sydney Morning Herald and The Age said: “The cartoon appeared on the opinion pages. It’s someone’s opinion. I understand why some women had a strong negative reaction notwithstanding the broader debate about whether parents spent too much time on their phones.

“It’s clearly provocative. But our job is to publish a range of views on those pages (within reason) and it’s not a good idea to be telling your own cartoonists what they can and can’t say when their job is to be provocative.”

However, the cartoon did find some supporters. Former Liberal minister and Age columnist Amanda Vanstone tweeted: “Leunig is just making a point. I think it’s ok. Not fantastic, but ok.”

While Anthony Sharwood, a sports and environment editor at HuffPost Australia, also tweeted his support. 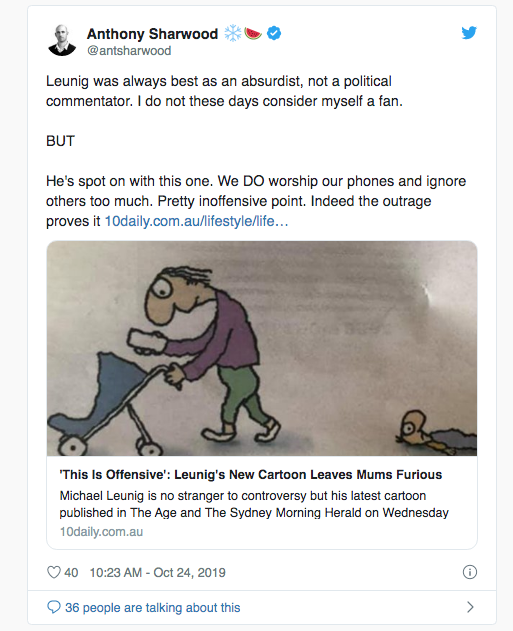 “[Leuning’s] cartoon was derided on Twitter and spawned satirical memes. It also caused the mothers in my social circle to spit venom like maternal cobras. Sure, we use our phones a lot. But is that so bad?” Chandler penned.

“Fathers also use their phones while looking after kids. The cartoon targets mothers, which is a low blow considering Australian women still do vastly more childcare and unpaid domestic work than men. If Leunig is noticing more mothers on their phones than fathers, that might be because mothers are doing the bulk of the pram-pushing,” Chandler wrote.