Advertise with us
Posted 3 October, 2018


[Warning: spoiler alert] Has an on-air radio faux pas revealed the winner of Ten’s The Bachelor this morning? 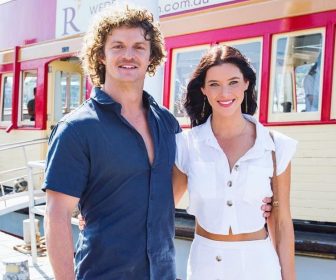 Wood, who was sent home last Thursday in a flood of tears, told the radio hosts that she’d been watching the show with rumoured runner-up Sophie Tieman.

Jackie ‘O’ then asked: “Do you know who the winner is?”

To which Wood replied: “Not really, I believe it’s Britt or Soph… I’m not really sure.”

However, Jackie O picked-up that Wood had just mentioned she’d been watching the show with Tieman.

“You would know because you’re watching the show with Soph so she would have told you,” O probed.

To which Wood added: “Well, they’re very tight lipped, so…”

Tomorrow’s finale was actually filmed in New Caledonia back in June with reports that the Cummins-Hockley romance was over before it began.

However, to add intrigue to mystery, this week’s edition of New Idea claims that regardless of whoever Cummins picks tomorrow night he apparently hooks back up with none other than Wood.

The magazine quotes a friend of Cummins who said, “He didn’t expect things to end that way and wasn’t really prepared to have feelings for more than one person at a time.” The friend added that Wood “understands why he did what he did [by sending her home early]. She believes in fate and thinks this whole thing will just make them stronger.”