Advertise with us
Posted 9 January, 2018


Swedish fashion retailer H&M has been forced to apologise after a new kids fashion campaign was labelled as racist and highly offensive.

The furore started in the UK when the high street retailer advertised a kids hoodie jumper online with the slogan “coolest monkey in the jungle” emblazoned across the front. Unfortunately, the garment was modelled by a young boy of African ethnicity. 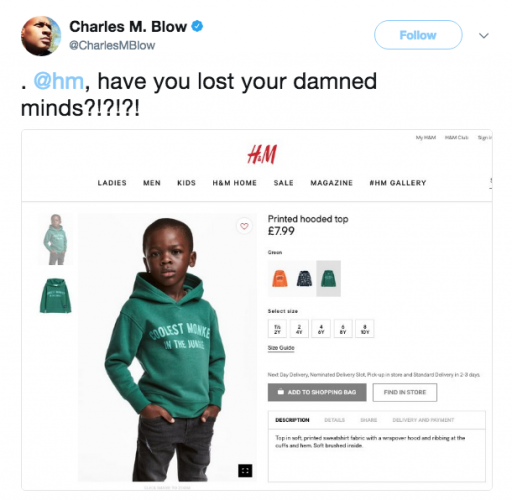 The campaign suffered an immediate social media backlash and H&M has since taken down the offending image, although it still sells the actual jumper.

Social media users pointed out that two other garments from the same line, one that said “survival expert” and one with images of animals, were modelled by white kids. 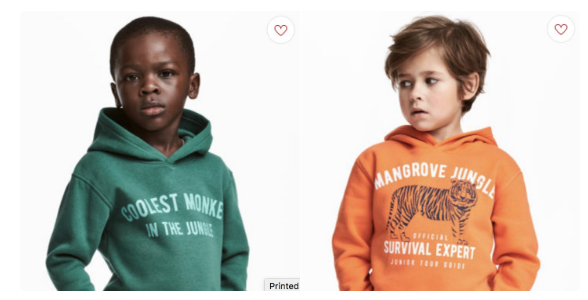 Canadian musician The Weeknd led the chorus of protest and immediately cut all ties with the brand. “Woke up this morning shocked and embarrassed by this photo. I’m deeply offended and will not be working with [H&M] anymore,” the singer tweeted yesterday.

Another complainant wrote: “What universe do you live in that makes it okay to flaunt your racist ways in such an epic portion.” While another added: “I demand you remove this ad. This child is precious and should be treated as such!”

However, some where a little more sympathetic. “I totally understand the racist connotations around the word ‘monkey’ but, seriously, I don’t *think* that was their intention at all,” wrote one Twitter user.  “However, in this day and age, surely someone at H&M should’ve realised this may offend someone, somewhere?”