A former contestant on Married At First Sight has again slammed Channel Nine’s handling of the show and said his appearance two years ago has left him with post-traumatic stress disorder.

Craig Roach (right in main photo) appeared on the 2016 version of the show and was its first same-sex couple.

The 41-year-old hairdresser claimed he went on the show legitimately to find love but was left distraught when his “marriage” to Andy Ankers (left in main photo) lasted a mere three days. 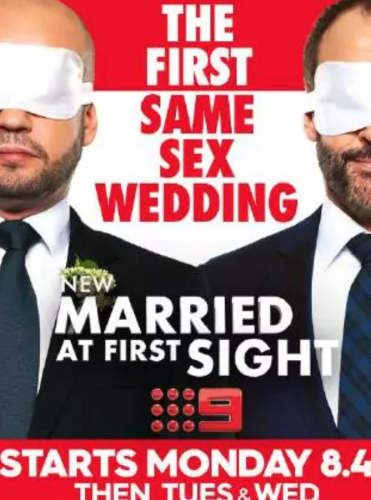 Following his appearance in 2016, Roach slammed MAFS producers telling his Facebook followers the show was “anything but reality” and “nothing you see is what was the actual events. I was filmed for five days with barely any sleep”.

But in a new Facebook post published on News.com.au, Roach claims he’s still struggling emotionally two years on from his appearance and blamed “the inhumane experience and downright torture I endured at the hands of #channel9”.

In the lengthy Facebook post, Roach said his appearance on the show had affected his relationship with his family and friends and almost cost him his job.

He claims MAFS producers deliberately partnered him with someone who met none of the strict requirements he’d insisted on to appear on the show. As an example, Ankers was apparently a “chain smoker”, while the anti-smoking Roach had said that any smoking would be a deal-breaker.

Roach said he was completely incompatible with Ankers and footage of the two pre and post the wedding ceremony was staged to keep the peace.

“You only have to look at the footage of me and you will see the pain,” he wrote to the Facebook post. “It’s so real and I couldn’t hide it.”

However, a Nine spokesperson told B&T: “No participant is forced to say or do anything. There is a dedicated show psychologist and support team available to every participant throughout the entire production and broadcast. We take our duty of care seriously.”

For his part, Ankers told News.com.au that he’d blocked Roach on social media some time ago and added that Roach had apologised to him for his behaviour the last time they were on camera together. “It’s unfortunate that it took him over two years to share his memoirs of the 48 hours that we spent together,” Ankers said.