They may not have been seen anywhere near a tennis court for decades, however, Australia’s gift to the fashion world, the humble Dunlop Volley, has launched a new campaign tying its famed footwear to Australian Open success.

The campaign, which includes both a print iteration and a rather naff (and sweary) YouTube video (check it out below), urges Aussie tennis ace, Nick Kyrgios, to ditch his Nike’s for a pair of its Volleys instead. “The last time an Aussie bloke won the Australian Open (Mark Edmondson in 1976), he did it in Volleys,” the ad declares.

However, the campaign appears to have missed the mark with social media users describing it as “one of the worst advertisements they could have come up with”, “missed the mark, big time” and “their endeavour to recruit Kyrgios through this advertisement is just lame”. Although some were more sympathetic. “GREAT PR move by Volley,” wrote another. 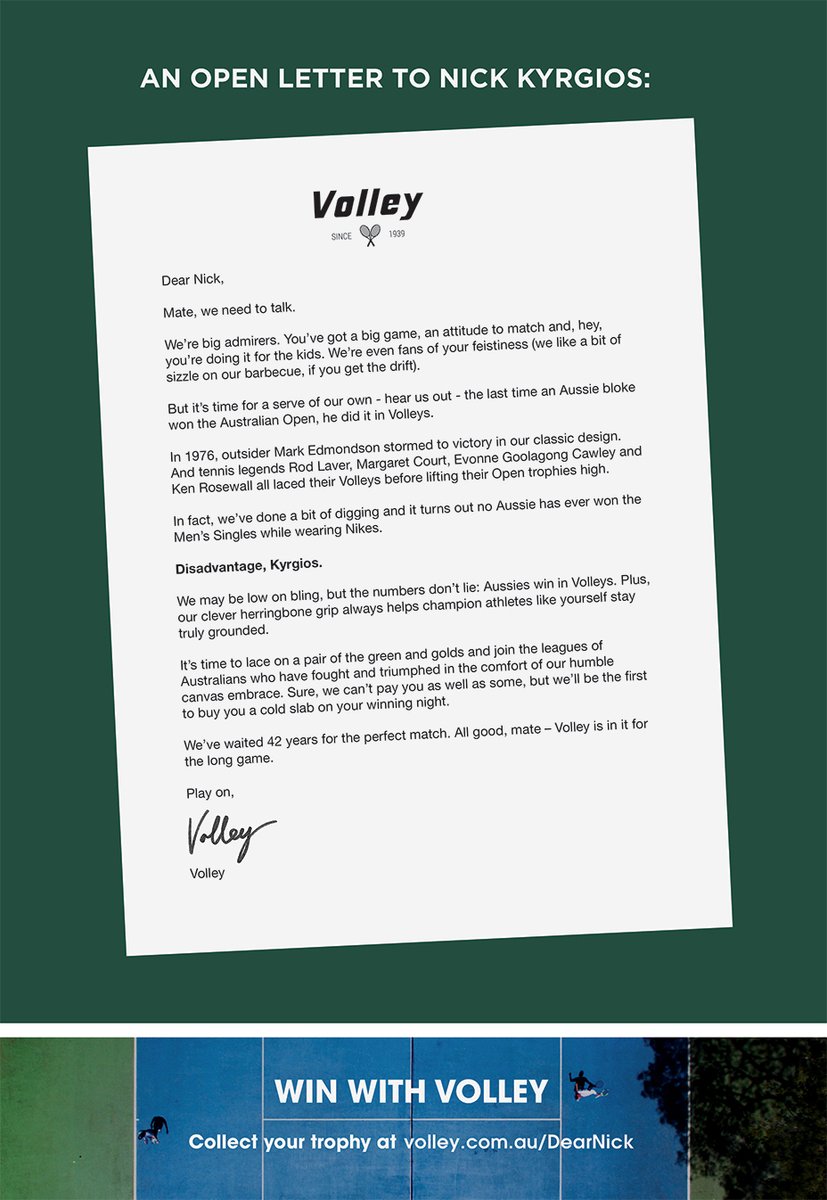 In its latest campaign, the brand uses an “open letter” to Kyrgios that reads: “We’ve done a bit of digging and it turns out no Aussie has ever won the Men’s Singles while wearing Nikes. Disadvantage, Kyrgios.

“We may be low on bling, but the numbers don’t lie: Aussies win in Volleys. Plus, our clever herringbone grip always helps champion athletes like yourself stay truly grounded.

“It’s time to lace on a pair of the green and golds and join the leagues of Australians who have fought and triumphed in the comfort of our humble canvas embrace.

“Sure, we can’t pay you as well as some, but we’ll be the first to buy you a cold slab on your winning night,” the ad read.